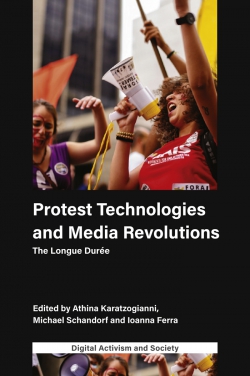 The series publishes books on theories and empirical case studies of digital politics and activism in the specific context of communication networks. Topics covered by the series may include, but are not limited to:

Case studies may include one of the following, but are not limited to:

About the editors
Athina Karatzogianni
Professor, University of Leicester

To submit a proposal to this series, please contact the series editor via email: