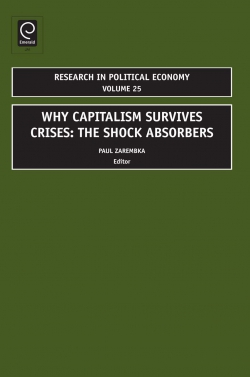 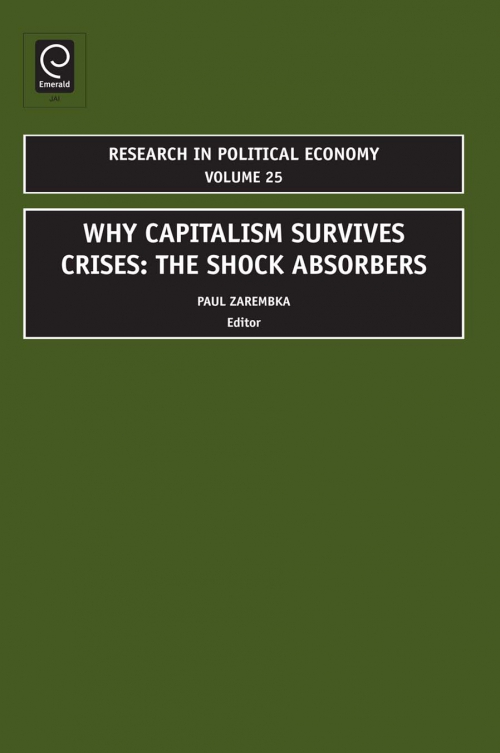 Description
The book, authored in the main by Simon Stander and true to the interdisciplinary nature of political economy, focuses attention on why capitalism survives crises by developing the novel argument that it has moved on from its 19th century embodiment to include a class of shock absorbers. This class, consisting of fractionalised individuals, absorbs the massive surpluses of produced commodities while buffering capitalism against the declines of values during crises of the financial system. This gives rise to Reformism, rather than class conflict, which becomes a central feature in the political arena. The absorptive class in its dialectical relationship to the other two major classes, capitalist and working class, is vital for this reformist tendency; in this context consideration of the individual in a narcissistic social environment also becomes a focus of attention. With its distinct importance, the absorptive class helps glue capitalist economy and state together, and this provides an understanding of the contradiction between the need for a 'big' state in the interest of the absorption of commodities and the 'small state' in the interest of efficient resource allocation and profit. The second portion of the volume considers the application and conceptualization of the value theory by two leading academics in political economy and concludes with an exposition of the methodology differences between two important Japanese Marxian economists.
Contents
List of Contributors. Introduction. Chapter 1 The absorptive class. Chapter 2 State Theory and Civil Society. Chapter 3 The commodity. Chapter 4 Production of the consumer society under capitalism. Chapter 5 Narcissism and the fractionalization of the individual. Chapter 6 Economic crises and the theory of the tendency of the rate of profit to fall. Chapter 7 Reformism, class consciousness and class action. Chapter 8 On the labor theory of value: statistical artefacts or regularities?. Chapter 9 Limits and challenges of the consistency debate in Marxian value theory. Chapter 10 Methodological differences between two Marxian economists in Japan: K?z? Uno and Sekisuke Mita. Research in political economy. Why capitalism survives crises: The shock absorbers. Copyright page.