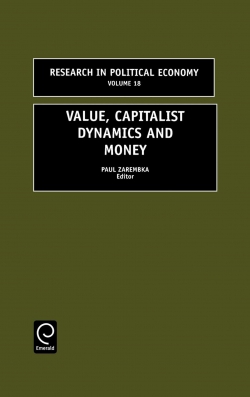 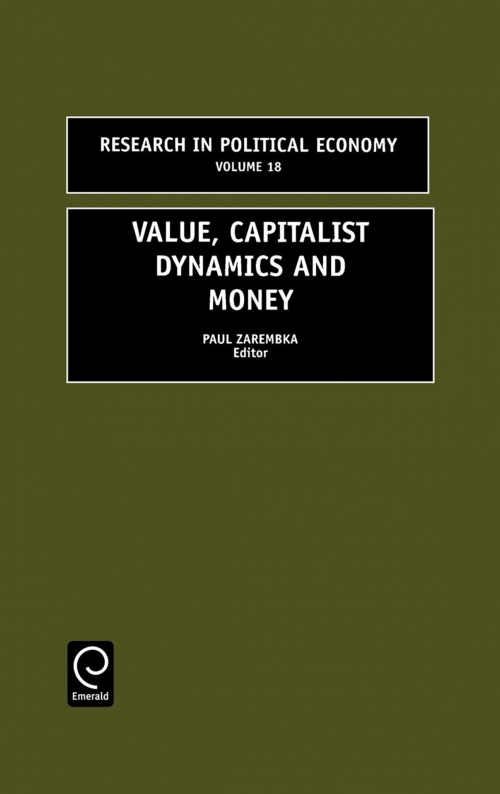 Description
This volume begins with an introduction to Marx's theory of capitalism in his own words, with his examples modernized from use of shillings and pence as subdivisions of the Pound. Well-known 1901 work on the theory of crises in capitalism by Michael Tugan-Baranowsky is translated into English for the first time, with a Preface placing it in context. The political activism and theoretical work of Henryk Grossman through 1926 is summarized in some detail, and a rarely-known brief article of his from 1919 included. Ambiguity in Marx's definition of accumulation of capital and the differing directions Lenin and Luxemburg took with it are next analyzed, with a more precise definition offered. Debate, begun in the last volume, over the valuation of means of production and its effect on the possibility of a falling tendency of the profit rate is taken a step forward as contrasting positions are developed. Finally, credit money as an advanced form of money is analyzed and the post-Keynesian analysis of it, originating from Kaldor, subject to critique. Several theories of inflation theory are reviewed, with focus on the agencies causing inflation. A rediscovery of Marxian inflation theory is proposed.
Contents
I. Introduction to the Theory of Capitalism. Value, price, and profit (Abridged): an introduction to the theory of capitalism by Karl Marx (1865), edited by his daughter Eleanor Marx Aveling (abridged by P. Zarembka). Preface (P. Zarembka). II. Tugan-Baranowsky, Grossman, and Capitalist Crises. Studies on the Theory and the History of Business Crises in England. Part I: Theory and history of crises. Chapters 1 and 7 of Tugan-Baranowsky's book translated by A. Ramos-Martiez. Chapter 1: The fundamental causes of crises in the capitalist economy, Chapter 7: Marx's theory of crises (Michael von Tugan-Baranowsky (1901). Preface (A. Ramos-Martinez). Henryk Grossman as Marxist activist and theorist: on the 50th anniversary of his death (R. Kuhn with appendix: bibliography of Henryk Grossman's Publications). The theory of economic crises (Henryk Grossman (1919)). Preface (R. Kuhn). III. Conceptualizing Accumulation and the Profit Rate. Accumulation of capital, its definition: a century after Lenin and Luxemburg (P. Zarembka with appendix: marginal notes on Luxemburg's the accumulation of capital (Vladmir Lenin (1913), translated by J. Lawler, annotated by P. Zarembka). Two concepts of value, two rates of profit, two laws of motion (A. Freeman, A. Kliman with appendix: on the constancy of MELT). Two of everything: a response (D. Laibman). Response to Freeman and Kliman (D.K. Foley). Rejoinder (A. Freeman, A. Kliman). Numerology, temporalism, and profit rate trends (D. Laibman). IV. Theory of Money and Inflation. The supply of credit money and capital accumulation: a critical view of post-Keynesian analysis (C. Lapavitsas, A. Saad-Filho). Inflation theory: a literature review and new research agenda (A. Saad Filho).