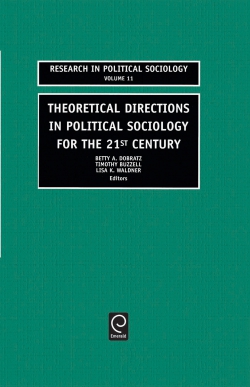 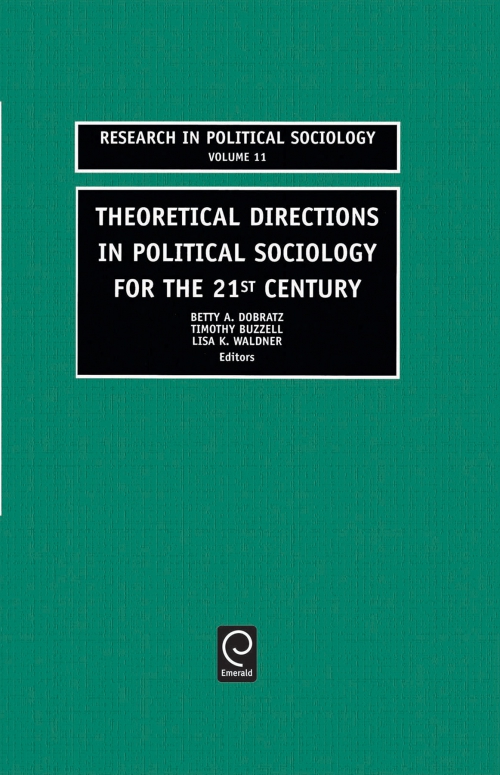 Theoretical Directions in Political Sociology for the 21st Century Vol: 11

Description
The theoretical frameworks political sociologists use to understand, describe and predict political behaviour have evolved since the 1980s in response to empirical challenges and interdisciplinary influences. The diverse collection of work contained in this volume also suggests that present and projected theoretical trends will continue to be shaped by previous questions and past debates. Contributions to the volume reflect the influence of globalization and the rising interest in nationalism, whilst also including examinations of class, elite and world systems theory in response to questions posed in the age of post-modernity. The authors also consider the continued need for an integration of class, race and gender in theoretical approaches. The questions raised in this volume are not only relevant to political sociology, but also to the discipline of sociology as a whole. The blend of classical sociological tradition with contemporary thought should prompt readers to critically evaluate theoretical assumptions and expand their current thinking.
Contents
Introduction: theoretical directions for the 21st century, T. Buzzell et al; class and elites - a new look; reflections on class power and wealth, M. Parenti; class, race, and gender and theorizing welfare states, J. Misra; elites and politics - the corporate elite and the capitalist class in the United States, B. Mintz; world systems and nation states; world-systems analysis and globalization directions for the 21st century, T.D. Hall; states, nations, and European nationalism - a challenge for political sociology, V. Vujacic; the post-modern turn; politics in postmodernity - the diaspora of politics and the homelessness of political and social theory, B. Agger, T. Luke; Marxist models of the capitalist state and politics, C.Y.H. Lo.