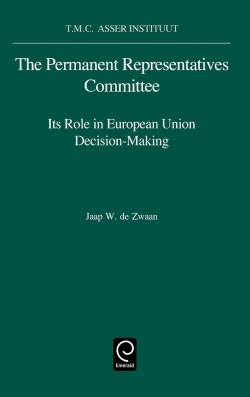 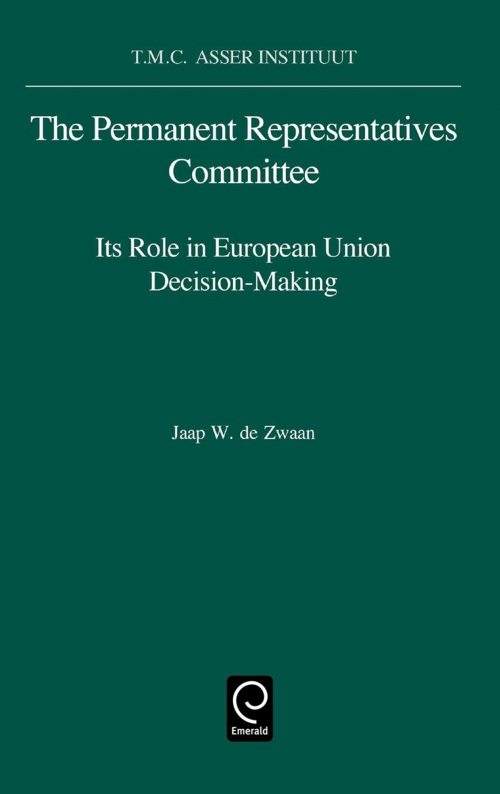 The Permanent Representatives Committee: Its Role in European Union Decision-Making

Description
By describing and analysing the process which precedes decision-making in the "Council of Ministers", an insider's view is presented in this book of the process of decision-making in the European Union. The main subject is the Permanent Representatives Committee, comprising Ambassadors of the Member States to the European Union, the Permanent Representatives. Coreper has the general responsibility for preparing the work of the Council. The book is based on a legal thesis, which was published in Dutch at the end of 1993. For the English version the text has been revised and, where necessary, updated. The content, which is largely derived from practical experience, should provide a clearer picture of the current state of affairs of European integration in general, and the functioning of the European institutions in particular. To this extent the book serves the political objective of creating transparency in the decision-making of the European Union. This book is aimed at all those working in the public services, international organizations, universities, liberal professions and economic life whose everyday work brings them into contact with aspects of the European Union and its institutions.
Contents
I. Origins. II. Functions of the Permanent Representative. III. Tasks and Powers. IV. Procedure and Working Methods. V. Involvement of other Committees in the Preparation of Councils. VI. Role in Decision-Making. VII. The Future. Summary. Bibliography. Keywords.