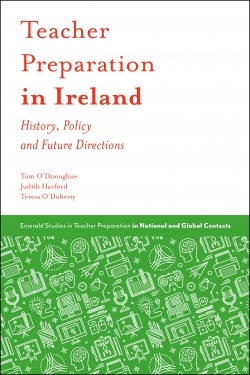 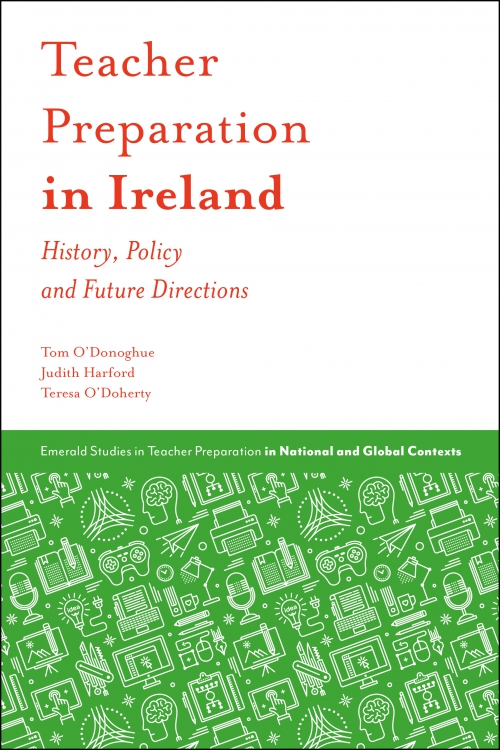 Description
Fifty years ago, in 1967, free education was introduced in Ireland for attendance at second-level schools and expansion of provision of education at both this and third-level followed. Currently, great interest is developing in this landmark development in Irish history, which was probably the most significant initiative taken in regard to education in Ireland from Independence from Britain in 1922 to the present.
This book contributes to the interest generated by this landmark anniversary by tracing the history of teacher preparation in Ireland. It relates to the introduction the ‘free education’ education scheme introduced in 1967, in that it provides an exposition on the nature of teacher preparation for teaching in primary and second-level schools both before and after the initiative was taken. Thus, it traces the history of teacher preparation through a number of stages; from education for nation-building in the new post-colonial society to partaking in the recent neo-liberal agenda sweeping through education systems throughout the world.
This book should be of interest not only to Irish educationists, historians and policy makers, but also to their counterparts internationally, as well as to comparative educationists. It can be seen as providing an exposition which can be used by teacher educators in many parts of the world which they can use to sharpen their perceptions of their own situations through comparison and contrast, provoke ideas for critical discussion, and stimulate them to come to an understanding of the importance of considering contemporary developments within their wider historical contexts.
Contents
Chapter 1 Introduction
Chapter 2 The Broad Historical Context
Chapter 3 The Preparation of Primary School Teachers: 1922-1967
Chapter 4 The Preparation of Teachers for Second-level Schools: 1922-1967
Chapter 5 Teacher Preparation: 1966-1990
Chapter 6 Teacher Preparation 1991-2011
Chapter 7 Initial Teacher Preparation 2012-2017
Chapter 8 Current Developments and Future Trends
About the author
Professor Tom O'Donoghue is Professor of Education in the Graduate School of Education, the University of Western Australia.
Associate Professor Judith Harford is Director of Teacher Education Programmes at the School of Education, University College Dublin, Ireland.
Professor Teresa O’Doherty is Dean of Education at Mary Immaculate College, The University of Limerick, Ireland.
Reviews
“It is a great addition to the literature, not just on teacher education, but on education generally in Ireland. The authors have done a great service to Irish education by documenting the teacher education system so thoroughly. The book includes an excellent summary of developments during the past five years (which have been many and multi-faceted) and will be very useful for policy-makers in Ireland and overseas.” - Áine Hyland, Emeritus Professor of Education - University College Cork