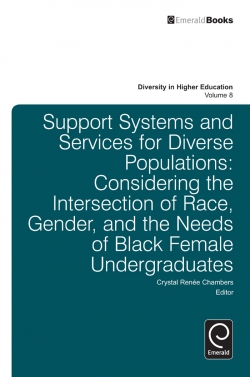 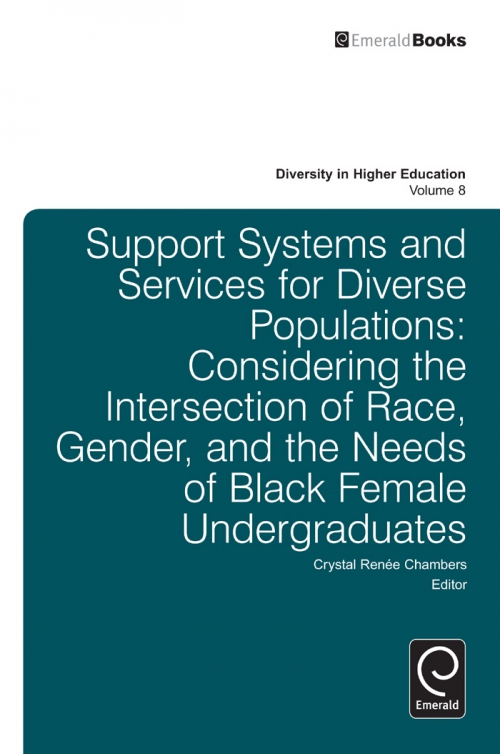 Support Systems and Services for Diverse Populations: Considering the Intersection of Race, Gender, and the Needs of Black Female Undergraduates Vol: 8

Description
More than identity politics, intersectionality regards the inability of institutional structures to remedy discrimination because of the intersection between social dynamics which are often discretely conceived (Crenshaw & Dill, 2009). For a set of Black women workers in the manufacturing context, the court found that they were not discriminated against on the basis of their race, because Black male workers were hired for manufacturing positions. Those Black women were not discriminated against because of their gender, because there were White women hired for the front office. Those Black women workers were caught at the intersections of race and gender discrimination laws and left their employment without an effective remedy (Crenshaw, 1989). This intersection metaphor is worth examining in the higher education context as we consider that the majority of students on most U.S. campuses are women (Allen, Dean, & Bracken, 2008), and an increasing number of these women are not White; yet, most campuses have support services targeted at African American and/or multicultural student affairs and women's services which are generally targeted at White women. This volume will focus on the subpopulation of Black female college students, examining institutional and non-institutional supports for their persistence to the undergraduate degree.
Contents
List of Contributors. Preface. Does Student Engagement=Positive Outcomes for African American Women College Students? A Cursory Analysis of NSSE 2009–2010 Data. Working Against the Odds: The Undergraduate Support Needs of African American Women. Can I Succeed? Challenges African-American Women Face in Technology-Driven College Classrooms. Buried Treasure: Community Cultural Wealth Among Black American Female Students. Becoming Grounded and Focused: African-American Women's Perspectives on Church, Spirituality, Religion, and College Life. Beating the Odds: How Five Non-Traditional Black Female Students Succeeded at an Ivy-League Institution. “Bein’ Alive & Bein’ a Woman & Bein’ Colored is a Metaphysical Dilemma”: Black Female Social Integration at a Predominantly White Institution. Black Females in Higher Education at HBCUs: The Paradox of Success. The Emergence of Women's Centers at HBCUs: Centers of Influence and the Confluence of Black Feminist Epistemology and Liberal Education. African American Women in Community Colleges: Overcoming Challenges and Seizing Opportunities. Illuminating the Experiences of African-American Female Community College Students in Developmental Education. Support Systems and Services for Diverse Populations: Considering the Intersection of Race, Gender, and the Needs of Black Female Undergraduates. Diversity in higher education. Diversity in higher education. Copyright page.