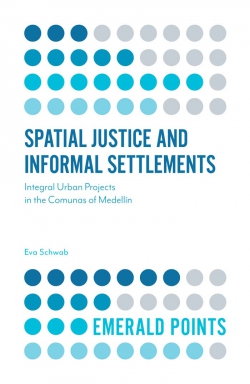 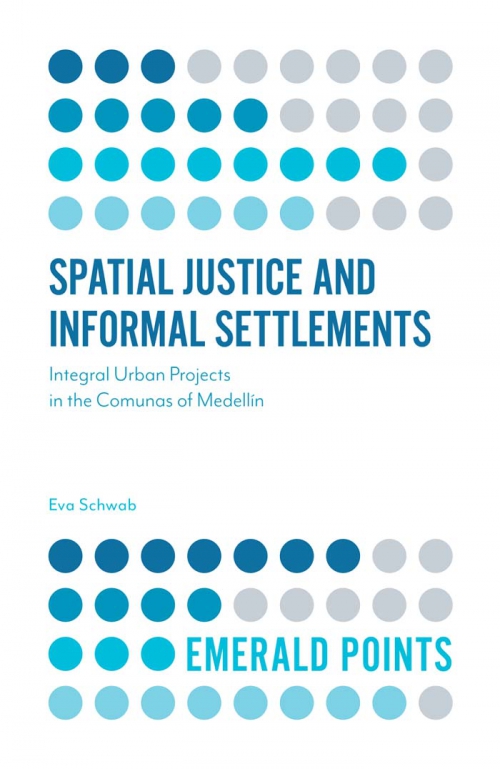 Spatial Justice and Informal Settlements: Integral Urban Projects in the Comunas of Medellín

Description
Spatial Justice and Informal Settlements: Integral Urban Projects in the Comunas of Medellín links the discourses of informal urbanism and spatial justice in the context of public space-based governmental programmes to upgrade informal settlements in Latin America.
It argues for the importance of combining measures for equity and empowerment with positive recognition, i.e. recognition which is based on valuing the social and material achievements of the settlers as a contribution to urban life and culture in its own right. It presents an inquiry into how public open spaces serve the goal of increasing spatial justice and the quality of life in informal settlements. It provides an in-depth study of the Integral Urban Project (Proyecto Urbano Integral/PUI in Spanish) in Comuna 13, a low-income settlement in Medellín, Colombia. Drawing on extensive fieldwork to understand people’s everyday spaces and socio-spatial practices, the book assesses the design, production, use, and management of some of the public open spaces established under the PUI programme. It thus also offers an account of the diversity of everyday open spaces and landscapes in this informal settlement. This book is a valuable contribution to the field of open spaces in informal settlements and spatial justice, especially for scholars, researchers, and graduate students with an interest in urban development and upgrading and related socio-spatial issues in Latin America.
Contents
1. Introduction
2. Informal Settlement Upgrading and Spatial Justice
3. Everyday open spaces in the context of upgrading popular settlements
4. The Production of Space in the Context of Upgrading Popular Settlements
5. Upgrading through Public Open Space
6. Conclusions: Upgrading Beyond Equity
About the author
Eva Schwab is a Lecturer and Researcher at the University of Natural Resources and Life Sciences, Vienna. Her research focuses on the politics of public space and socio-spatial urban research. She has been engaged in a number of inter- and transdisciplinary research projects in a national as well as international context. Her PhD won the Landscape Research Group's Dissertation Prize as well as her university's Talent Award.