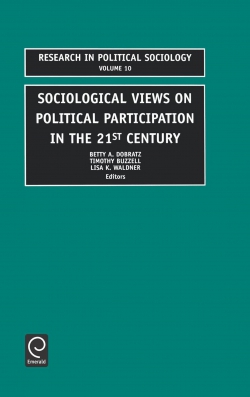 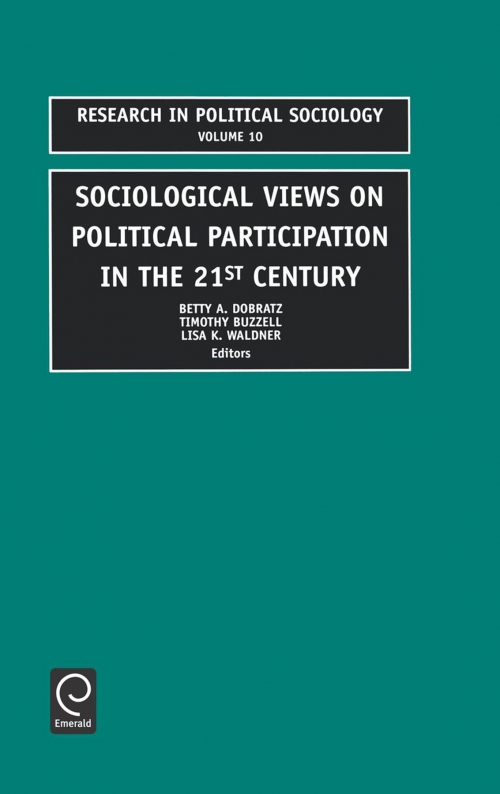 Sociological Views on Political Participation in the 21st Century Vol: 10

Description
Political sociology continues to be the most significant place for the study of the relationship between society and politics. The study of political participation has always formed an important part of this research and in this volume, we present a diverse collection of works dedicated to assessing current research and future directions in the field. In the first volume of the series, Braungart suggested that political occurrences are born out of social dynamics. We find continued evidence of this.The electoral politics of society, whether unusual as presented in the symposium of the US 2000 election, or more routine, can be understood in terms of models of political participation that build on the work of political sociologists over the last 25 years. The contributors also examine political participation in the form of social and political movements, sharing the theoretical frameworks used by political sociologists to understand, describe and predict political participation. In compiling this volume we find the study of political participation to be alive and well, providing fruitful arguments and ideas for future research.
Contents
Introduction: sociological views on political participation in the 21st century, T. Buzzell et al. Toward a structural approach to social movements, S.M. Buechler; Challengers and states - toward a political sociology of social movements, E. Amenta et al; Women's movement research and social movement theory - a symbiotic relationship, J. Reger, V. Taylor; Theorizing the globalization of gay and lesbian movements, B. Adam; Power, politics, and African Americans, J.H. Turner, P.R. Payne. Symposium: Election 2000 - Presidential election forecasting - the Bush-Gore draw, M.S. Lewis-Beck, C. Tien; A note on the voting irregularities in Palm Beach county, G.D. Adams, C. Fastnow; Now the ballot boxes are transparent; how Internet-based research made election controversy, R.M. Jackson; Labour and the 2000 election - reinventing union politics, S. Eimer; The Chad legal wars: the role of the courts in the 2000 presidential election, W.E. Brigman.