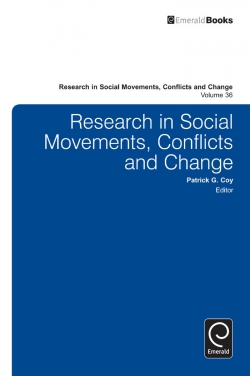 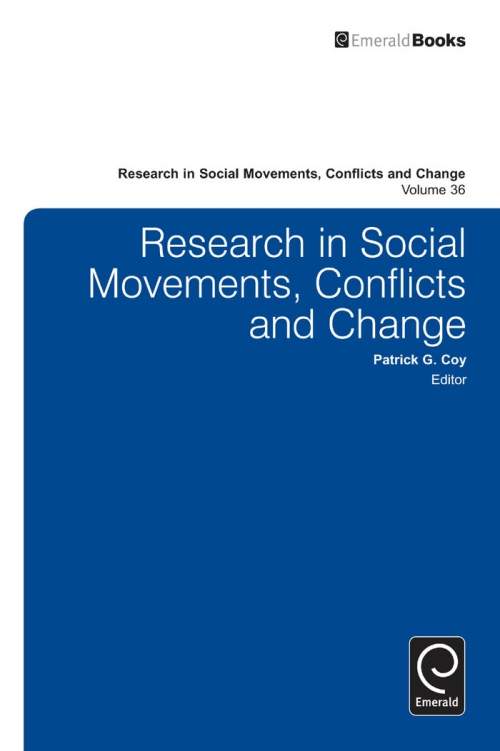 Description
This latest volume in the august Research in Social Movements, Conflicts and Change series carries on a long tradition of featuring only the best data-driven and multi-method research upon which useful theory can be painstakingly built. Part one focuses on old and new media platforms and their intersections with mobilization issues, highlighting protest websites and the US Tea Party movement. Part two investigates the roles elites play in advancing movement campaigns for increased rights and decreased inequalities in the US and Peru. The third section spotlights best and worst practices in conflict transformation and peacebuilding ventures in Croatia and Israel/Palestine, while the fourth section interrogates the use of consensus building processes in Local Social Forums and in the Occupy Movement. Finally, on the 50th anniversary of the publication of Neil Smelser's A Theory of Collective Behavior, we close with a creative combining of Smelser's structural functionalist approach with social identity models for understanding crowd behaviors in the context of university party riots.
Contents
List of Contributors. Introduction. Spreading the Word or Shaping the Conversation: “Prosumption” in Protest Websites. Media, Movements, and Mobilization: Tea Party Protests in the United States, 2009–2010. Strategic Action Fields and the Context of Political Entrepreneurship: How Disability Rights Became Part of the Policy Agenda. Inconsistency in Policy Elites’ Support for Movement Claims: Feminist Advocacy in two Regions of Peru. Pathologies in peacebuilding: Donors, NGOs, and community peacebuilding in Croatia. Organizational Adaptation and Survival in a Hostile and Unfavorable Environment: Peacebuilding Organizations in Israel and Palestine. Learning Consensus Decision-Making in Occupy: Uncertainty, Responsibility, Commitment. Practices of Local Social Forums: The Building of Tactical and Cultural Collective Action Repertoires. You have to Fight! For your Right! To Party! Structure, Culture, and Mobilization in a University Party Riot. About the Authors. Research in Social Movements, Conflicts and Change. Research in Social Movements, Conflicts and Change. Research in Social Movements, Conflicts and Change. Copyright page.