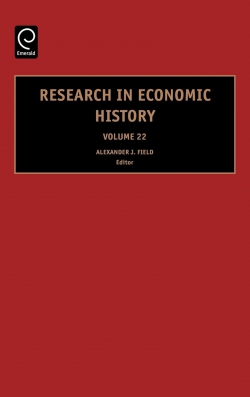 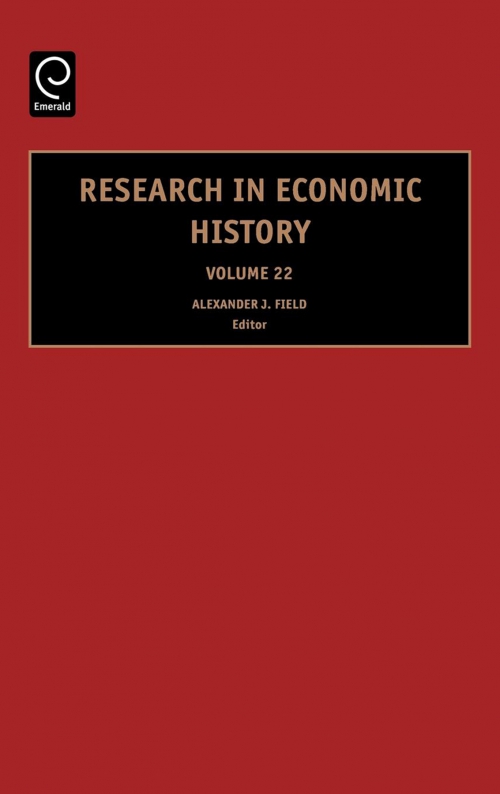 Description
Volume 22 of "Research in Economic History" contains six papers. Three are on agriculture and two on macro issues related to the Great Depression. A concluding paper examines trends in interstate migration in the United States. Fred Pryor begins the volume with a provocative exploration of the degree to which the Neolithic revolution was in fact revolutionary. Pryor argues for a considerably lesser break with the past than has been commonly asserted. He maintains, in particular, that hunter-gatherer methods of procuring subsistence persisted alongside a continuum of agricultural practices. His evidence is drawn largely from records of surviving hunter-gatherer societies. Moving forward 10 millennia, Gregory Clark provides details of his construction of an annual price series for English net agricultural output from 1209 to 1914. Clark incorporates fresh archival material with existing published series, using consistent methods to build and aggregate 26 component series. In the third paper on farming, Giovanni Federico estimates world agricultural production from 1800 to 1938. He concludes that output grew more rapidly than population, and did so on all continents, although more rapidly in countries of Western settlement and in Eastern Europe than in Asia or in Western Europe. Federico also finds that output grew faster before World War One than in the inter-war years, and resulted over time in an increase in the share of livestock products. Continuing into the twentieth century, we have two papers on the Great Depression. First, Barry Eichengreen and Kris Mitchener explore the degree to which the seeds of economic downturn were sown during the 1920s, particularly through "excessive" credit creation. The authors develop quantitative measures of credit expansion and ask how well these indicators account for "uneveness" in the twenties expansion as well as the depth and severity of the depression in individual countries. They complement this macro analysis with sectoral studies of real estate, consumer durables, and high-tech sectors. Jakob Madsen's contribution is also based on an examination of depression macro history in a number of countries, but his focus is on output and labor rather than credit markets. He explores the perennial questions of how sticky were wages and prices and whether such stickiness played a significant casual role in the rise of unemployment. Contrary to many models that assume or assert that prices are inherently more flexible than nominal wages, Madsen finds the reverse: prices adjusted slowly to changes in nominal wages, and this stickiness played a role in propagating economic depression. Finally, Josh Rosenbloom and Bill Sundstrom explore changing rates of interstate migration by examining individual-level data from population censuses available in the "Integrated Public Use Microdata Series" (IPUMS). Their central finding is that propensities to migrate within the United States have traced out a U-shaped pattern, tending to fall between 1850 and 1900 and then, during the twentieth century, rising until around 1970.
Contents
Introduction (A.J. Field). From foraging to farming: the so-called "Neolithic Revolution" (F.L. Pryor). The price history of English agriculture, 1500-1914 (G. Clark). The growth of world agricultural production, 1800-1938 (G. Federico). The great depression as a credit boom gone wrong (B. Eichengreen, K. Mitchener). The length and the depth of the great depression: An international comparison (J.B. Madsen). The decline and rise of interstate migration in the United States: Evidence from the IPUMS, 1850-1990 (J.L. Rosenbloom, W.A. Sundstrom).