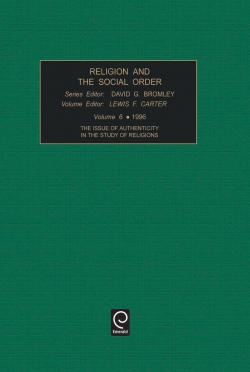 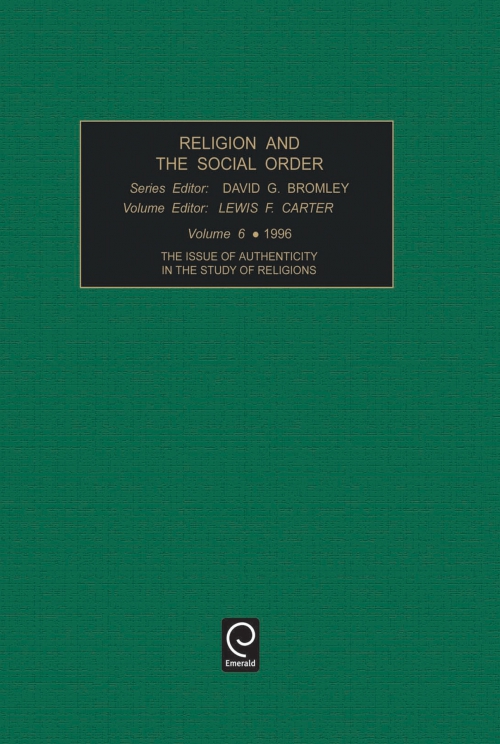 Religion and the social order Vol: 6

Description
The study of the basis of "authenticity" of any religious tradition is one which has been seemingly neglected by secular, western scholars. Those beliefs and practices deemed "sacred" are assumed to have authenticity, at least by the adherents of the tradition. Also, to many who are not adherents of the tradition, some of the beliefs and practices may appear irrational, foolish or even wicked. This volume addresses this issue, examining the "criteria in use" by both secular and religious groups for deciding on the authenticity of religious beliefs, experiences and practices. Part I of this volume consists of three papers that examine how the insitution of the state has been, and is, active in resolving conflicting claims of authenticity. Parallels are drawn between contemporary reactions to Salman Rushdie and Taslima Nasrim and the early Medinans who were executed for making jokes about Mohammed. Part II consists of four papers dealing with "authentication" as the process by which three religious groups have sought to define and enforce the legitimate boundaries of an established tradition. Chapters examine the stresses between a Mormon intellectual community and the hierarchical tradition of the church; the contrast between the authentication practice of Old Order Mennonite and Unitarian-Universalist congregations; and the emergence of an evangelical coalition growing out of American fundamentalism. Part III is a set of four case studies each focusing on a "revitalization" movement, whilst Part IV deals with two non-Western traditions - Hinduism and Tibetan Buddhism. The final section of the book consists of an analysis by Anson Shupe of the processes by which faith in traditional religious institutions is undermined when trust of adherents is betrayed - either through sexual or monetary exploitation. This book explains how governments become involved in mediating religious disputes, how established traditions deal with deviation from orthodoxy and how followers of repressed traditions go about rediscovery of these traditions. It is hoped that this volume will stimulate further examination of how individuals judge authenticity in their religious attachments and how religious traditions develop ways of thinking about and managing claims about other traditions.
Contents
Introduction to the issue of authenticity, Lewis F. Carter. Part 1 The state, religious hegemony and official definition of "genuine" religion: religious authenticity as a function of state power, William Herbrechtsmeier; the contested authenticity of "free exercise" and "free speech" - the convergence of anti-cult, anti-porn and anti-hate speech discourses, Dick Anthony and Thomas Robbins; sacred claims - the "cult controversy" as a struggle over the right to the religious label, Arthur L. Greil. Part 2 The hegemony of authority in maintaining religious orthodoxy: defining protestant orthodoxy - religious authentication and the "new" evangelicalism, 1940-1960, Jon R. Stone; charisma, structure and contested authority - the social construction of authenticity in Mormonism, Daryl White and O. Kendall White, Jr.; authority and authenticity in the Mormon church, David Clark Knowlton; authentication at the periphery - old order Mennonite and Unitarian-Universalist congregations and their discursive practices, George V. Zito and Daniel B. Lee. Part 3 Cultural revitalization and innovation: "real" religious communities - a study of authentication in new Roman Catholic religious orders, Patricia Wittberg; practical religion and peasant recruitment to non-Catholic groups in Latin America, Miguel L. Leatham; possible criteriological categories used in the judgement of the authenticity of Shamanism, Alan F. Jensen; "authenticity" in Afro-Caribbean religions - contested constructs, contested rites, Stephen D. Glazier. Part 4 Henotheism - plural views of authenticity: authenticity in Hinduism - who, what, how?, Bradley R. Hertel and Meeta Mehrotra; truth and authority in Tibetan religious practice, Kenneth Loberman. Part 5 Authenticity lost through betrayal of trust: authenticity lost - when victims of clergy abuse confront betrayed trust, Anson Shupe.