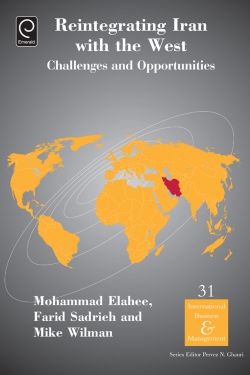 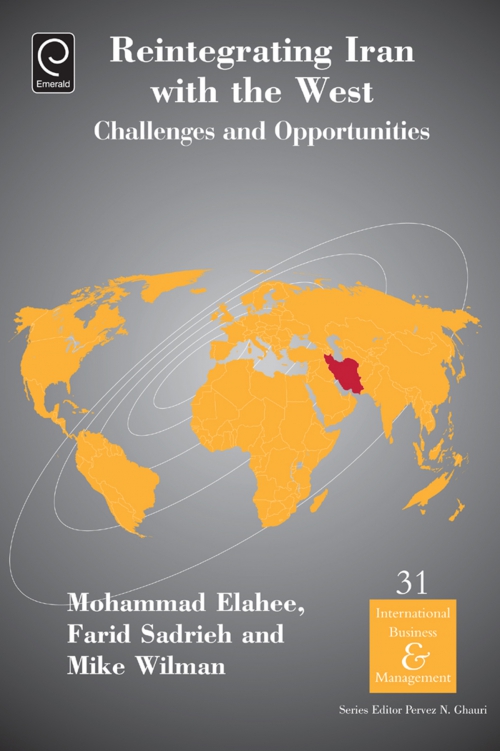 Reintegrating Iran with the West: Challenges and Opportunities Vol: 31

Description
Iran is located at the cross-roads of world civilization and inter-continental trade, and has, throughout its long history, played an important role in the movement of goods, people and ideas. The political factors that have hobbled Iran's development have hitherto prevented scholars, business practitioners and policymakers fully appreciating Iran's potential as a key player in the economic, political and technological development of its region and beyond. This book provides its readers with a fuller understanding of the economic complexities of the present and the promise of a future rebirth in an important country, perhaps the last emerging market; a country whose potential has been dormant or held in check, but whose significance has remained unaffected. Although Iran is a large, untapped market and a great potential contributor to the world economy, after more than three decades of relative isolation, our knowledge of this country has been constrained by the dearth of exchanges and the opacity of Iranian society. The contributing scholars offer a broad overview of the challenges and opportunities presented by the gradual reintegration of Iran into the world economy.
Contents
Reintegrating Iran with the West: Challenges and Opportunities. International Business & Management. Reintegrating Iran with the West: Challenges and Opportunities. Copyright page. Preface. A Historic Perspective on the Iranian Contributions to World Civilization and Global Trade. Potential for the Expansion of Iranian Natural Gas Exports: Opportunities and Limits. The Automotive Industry in Iran: A Critical Analysis. The Iranian Diaspora as a Conduit for Western Technology, Capital, and Know-How to Revitalize the Iranian Economy. Economic Incentives and Pressure in Nuclear Negotiations with Iran. Iran and the West: A Nuclear Settlement and its Aftermath. India and Iran Trade: Issues and Challenges. Iran–China Relationship: Implications for the West. US and Iran: Friends, Foes, or Potential Strategic Partners?. List of Contributors. Non-Oil Exports from Iran. Concluding Thoughts from the Editors. Acknowledgements. About the Authors. About the Editors.