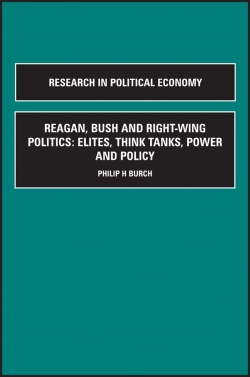 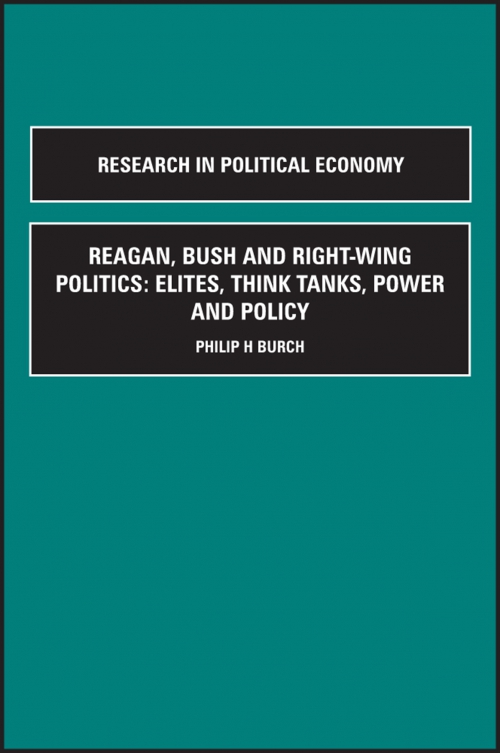 Description
In this two-volume work the author, a Rutgers University professor, argues that recently organized right-wing interests, sometimes called the counter-establishment, rose to power during the Reagan and Bush years, and exerted great influence in these two administrations, particularly the former. In the first major volume, entitled 'The American right-wing takes command - key executive appointments', Burch takes a close look at the economic background and think tank ties of many of the people appointed to high posts in these rightist regimes-officials such as the CIA's William Casey, Reagan's first Secretary of the Interior, James Watt, his second-term Attorney General, (and first-term high White House aided) Edwin Meese, and Defense Secretary Caspar Weinberger.All of these new men were connected to some part of America's new counter-establishment, a complex headed by such groups as the American Enterprise Institute, Committee on the Present Danger, Heritage Foundation, Hoover Institution, Institute for Contemporary Studies, and the (Joseph Coorsbacked) Mountain States Legal Foundation. This skewed recruitment pattern also held true for many of the second-and third tier posts in the administration of Ronald Reagan and, to a lesser extend, that of George Bush. Along with this study of the appointment process under Reagan a brief analysis of such issues as antitrust and civil rights es also provided in the course of this work.Following the same line of analysis, in the second part of this work, entitled 'The American Right-Wing at Court and in Action - Supreme Court Nominations and Major Policy-making', the author found that four of the six people appointed to the Supreme Court (or elevated to the top post of Chief Justice) during this period were closely associated, at one time or another, with right-wing think tanks - namely William Rehnquist, Anthony Kennedy, Antonin Scalia, and Clarence Thomas. Thus, since people making policy (an old axiom), it is not surprising that the public policy in the Reagan and Bush years took a sharp turn to the right. This was particularly true in such important fields as foreign policy, military spending, and economics and taxation. In the last three chapters , Burch presents case studies of the political and economic forces at work in the Iran-Contra affair, the SDI (Star Wars) program, 'voodoo economics' (George Bush's term), and the Tax Reform Act of 1986.
Contents
Volume 1: President Reagan and his key White House staff (first term); Reagan's key inner cabinet - departments of State, Treasury and Defense (first term); Reagan White House and key inner cabinet (second term); Department of Justice (and federal and civil rights agencies); departments of the Interior and Energy (and EPA); Reagan's departments of of Agriculture, Commerce and Labor (and NLRB); departments of Education, Health and Human Services, Housing and Urban Development, and Transportation. Volume 2: 1988 election, George Bush and his key White House staff; Bush's inner cabinet - departments of State, Treasury, Defense and Justice; Bush's outer cabinet departments.