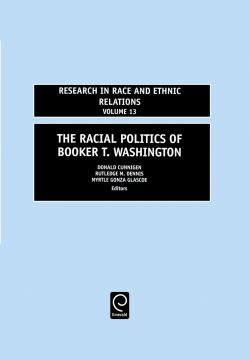 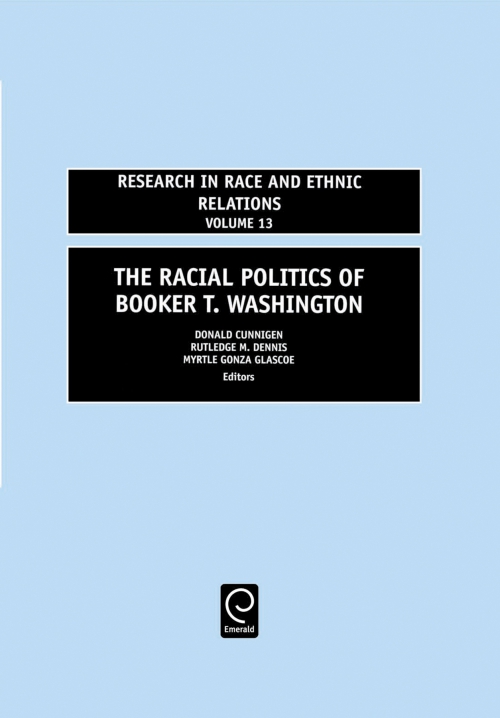 Description
Scholars have sought, over many decades, to understand the mystique surrounding Booker T. Washington. He is an enigma and continues to be lauded by those who offer him and his ideas as a model for Black Progress. He was both simple and complex; a passive observer on some issues and an active participant in others; non-assuming, yet egoistic, and a very public man who talked freely with others, yet, a private man who kept certain social tactics and strategies close to his chest. He sought to both make sense of his world, then to manipulate that world in order to obtain from it those things he most wanted and needed. This volume provides the reader with a wide inter-disciplinary landscape with which to assess Washington. We continue to study and research the life and works of Washington because, though we've moved beyond Washington and the ideology of race and racial politics of his times on certain levels, yet in reality, this generation is confronted with all the contradictions and ambiguities around race, and class, which Washington encountered and for which he sought solutions. For example, as black Americans continue to be mired in the deficits of educational opportunity and development, employment opportunities and occupational advancements, and health and medical problems, we are reminded of Washington's arguments for greater individual and group black self-sufficiency and self-reliance, as well as the need for practical educational objectives which Washington advocated under aegis of vocational education. As we move into the new century, the economic and educational goals and programs highlighted by Washington remain forgotten and unfulfilled. Hopefully, the articles in this volume will force a re-thinking of Washington's economic and educational objectives and strategies. This may prompt the emergence of new thinkers and builders who will create the educational and economic bases, similar to the ones created by Washington. This volume uses an interdisciplinary approach to examine Washington's life. It reflects on obstacles that remain despite Washington's influence, and aspires to serve as an inspirational vehicle towards educational and economic change.
Contents
Dedication List of Contributors Introduction Rutledge M. Dennis Donald Cunnigen Part I. Racial Politics, Leadership, and the Theory of Practicality The Situational Politics of Booker T. Washington Rutledge M. Dennis A Black Leader in the Age of Jim Crow Louis R. Harlan Booker T. Washington: Racial Pragmatism Revisited W. Avon Drake Part II. Racial Culture, Masks, Myths, and Symbols Your Arms are too Short to Box with Me: Encounters with Booker T. Eashington, International Trickster Amanda Kemp Booker t. Washington and the Art of Self-Representation Michael Bieze Part III. Race and the Sociological Imagination Booker t. Washington and the Sociology of Black Deficit Carl Jorgensen Monroe N. Works Contribution to Booker t. Washingtons Fight Against White Supremacy Vernon J. Williams Booker T. Washington, Robert Park and Second Generation African-American Sociologists Donald Cunnigen Part IV. Washington the Internationalist: The World Beyond Tuskegee Booker T. Washington and The Danish Folk High School Erik Overgaard Pedersen Washingtons Encounter with Europe Vivian greene-gantzberg Epilogue Rutledge M. Dennis