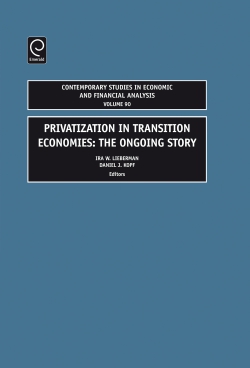 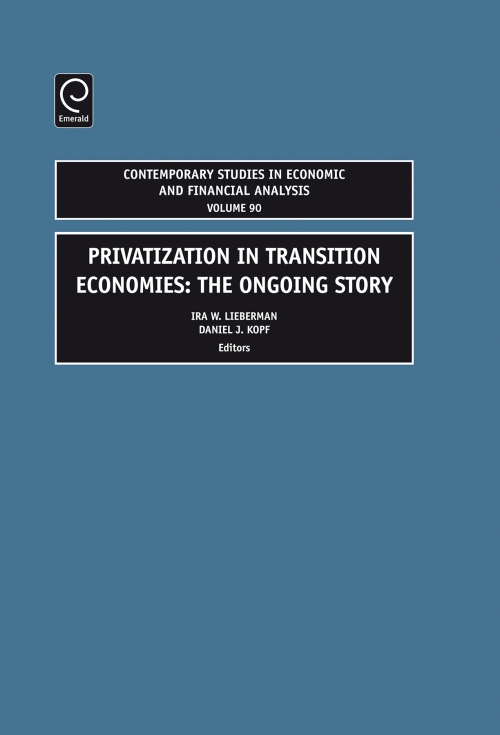 Description
This volume brings together contributions from a diverse group of authors each of whom have worked extensively on privatization and related reforms, such as restructuring and bankruptcy, in the transition economies of Central and Eastern Europe (CEE), the Commonwealth of Independent States (CIS), sometimes referred to as the Former Soviet Union, and South East Europe (SEE). A chapter on Chinese state enterprise reforms and privatization has been included in this volume due to Chinas importance economically and politically, its successful reform program to-date and its unique approach to reforms. The volume is largely a retrospective of the ten or so years of reform from 1990 to 2000, focused on privatization in the transition countries since the fall of the Berlin Wall, the peaceful revolutions in Poland and in then Czechoslovakia (now the Czech and Slovak Republics), the break-up of the Soviet Union and the formation of the Russian Federation. Most of the contributors to this volume worked closely with the leading reformers in Government during this period to assist them in designing and implementing their privatization programs. One of the contributors was directly involved in the process as a leading reformer in his country, as a Deputy Minister of Economy and as Director of its Privatization Agency. For the most part, sufficient time has passed to allow the authors to now treat their subject objectively. Serbia and China are unique in comparison to the other countries discussed in this volume, as their state enterprise reform and privatization programs are still on going. China started earlier than the other transition economies, but continue to the present time, due to what some analysts have described as a more gradualist approach to reforms that the other transition economies. Serbia was a late reformer due to the break-up of Yugoslavia, the conflict in the region and its years of isolation. Also, Serbia had to deal with the legacy of socially owned enterprises, not state-owned enterprises as in the other transition economies. Serbia is now in the process of trying to determine how to wind-up its program. While the volume is primarily a retrospective, the overview chapter provides lessons learned on banking and infrastructure reforms and the concluding chapter on lessons learned is forward looking. There is still much to do in many of these countries, especially in the CIS and SEE, the Asian transition economies such as Viet Nam and eventually in North Korea and Cuba. The concluding chapter draws concrete lessons from the earlier experience that could be of value to these countries. As such, this volume is a unique contribution to the current academic literature on the transition economies and on privatization. It includes original articles by experts on their subjects. One of the contributors was directly involved in the process as a leading reformer in his country.
Contents
Chapter 1 An Overview of Privatization in Transition Economies. Chapter 2 Leaps of Faith: Launching the Privatization Process in Transition. Chapter 3 Mass privatization in transition economies. Chapter 4 Why is China so Different from Other Transition Economies?. Chapter 5 Privatization in Romania from 1989 to 2007. Chapter 6 Balkan latecomer: The case of Serbian privatization. Chapter 7 The Rise and Fall of Russian Privatization. Chapter 8 Methods and Institutions – How do They Matter?: Lessons from Privatization and Restructuring in the Post-Socialist Transition. Privatization in the Transition Economies: an Introduction. About the Authors. Acknowledgments.