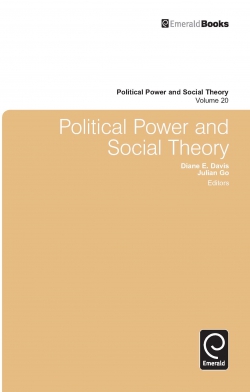 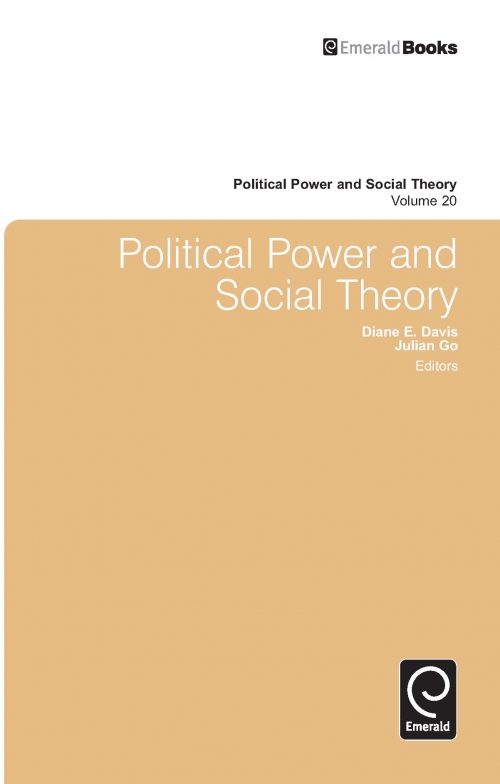 Description
It is an exciting time to consider changes in the field of comparative-historical sociology, as the discipline seeks to accommodate both old and new trends as well as the transforming spatial scales in which political power and social theory are increasingly embedded. Volume 20 of "Political Power and Social Theory" starts the ball rolling by showcasing articles that pursue similar themes. The question of what is old and what is new hovers over most of the contributions, particularly the peer-reviewed chapters in parts I and II, which consider such long-standing socio-historical concerns as power structure theory, class-based collective action, and empire - but examine them through new conceptual, methodological, and historical lenses. This year's volume also offers a critical treatment of the spatial or territorial dynamics of state hegemony, class power, ideologies of governance, and citizenship - with the latter theme most well developed in debate over the new geographies of citizenship in the Scholarly Controversy Section as well as in part-II's guest-edited section on Empire and Colonialism.
Contents
List of Contributors. EDITORIAL BOARD. Editorial Statement. List of Reviewers. Editor's introduction. Reviving power structure research: present problems, their solutions, and future directions. In movement: New players in the construction of democracy in Spain, 1962–1977. Neo-Bourdieusian theory and the question of scientific autonomy: German sociologists and empire, 1890s–1940s. Transnational ideologies and state building: The Ottoman Empire in transition. White supremacist constitution of the U.S. empire-state: a short conceptual look at the long first century. Confronting “Empire”: The new imperialism, Islamism, and feminism. Incompleteness and the possibility of making: Towards denationalized citizenship?. The prosthetic citizen: New geographies of citizenship. The incompleteness of rights-bearing citizenship: Political obligation and renationalization. Citizenship redux: Why citizenship remains pivotal in a globalizing world. On denationalization as neoliberalization: Biopolitics, class interest, and the incompleteness of citizenship. Citizenship in the midst of transnational regimes of virtue. Rejoinder. Political power and social theory. Political power and social theory. Copyright page.