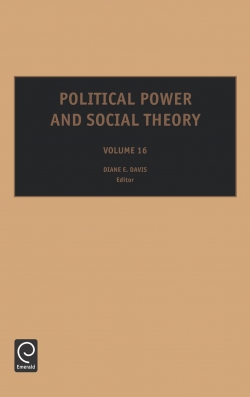 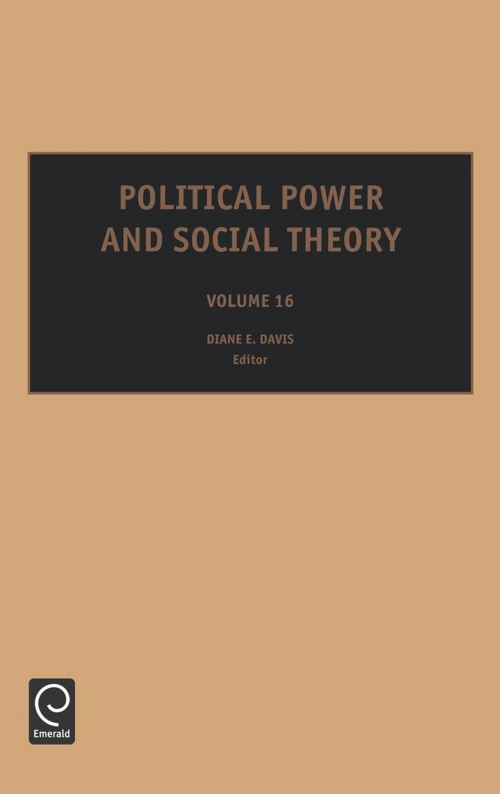 Description
This volume of "Political Power and Social Theory" addresses some of the most pressing questions of our times, from the origins and meaning of the war in Iraq to the transnational politics of immigration to the impact of race on labor organization to the historical underpinnings of corporate power. With careful attention to historical detail, with a keen eye for the value of inter-disciplinary social science inquiry, and with a view to various countries around the globe, this research annual once again unveils the complex dynamics of key contemporary and historical dilemmas that motivate citizens and scholars alike to struggle for a better future.
Contents
Capitalism, Elites, and Class Formation. Entrepreneurs or corporations: divergent patterns of class formation in the early anthracite mining trade, 1815-1860 (M. Jepson). Leadership ideology in neotribal capitalism (E. Rata). Indigenous capitalists: the development of indigenous investment companies in relation to class, ethnicity, and the state in Malyasia and Fiji (E. Larson, S. Zalanga). Race and Ethnicity, War, and American Politics. "Discrimination costs you dough:" innocent identity and the anti-politics of race (G. Mann). The intermestic politics of immigration policy: lessons from the Bracero program (M.R. Rosenblum). Scholarly Controversy: Sociologists Confront a New World (Dis)Order: Debate on the Meaning and Origins of War in Iraq. Iraq, Afghanistan, the global war on terrorism, and the Owl of Minerva (I.Roxborough). Confronting an empire: sociology and the US-made world crisis (J. Foran). Bringing the classical insights and critical eye of sociology to the study of contemporary wars (G. Hooks). Commentary on/rejoinder to Ian Roxborough (J. L. Abu-Lughod). Guns and states: a commentary on Roxborough (M.A. Centeno). Rejoinder: what was the war really about? (I. Roxborough).