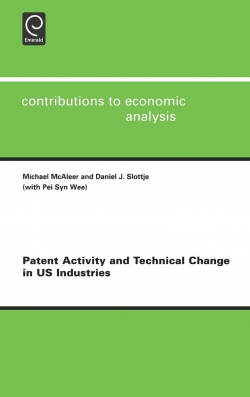 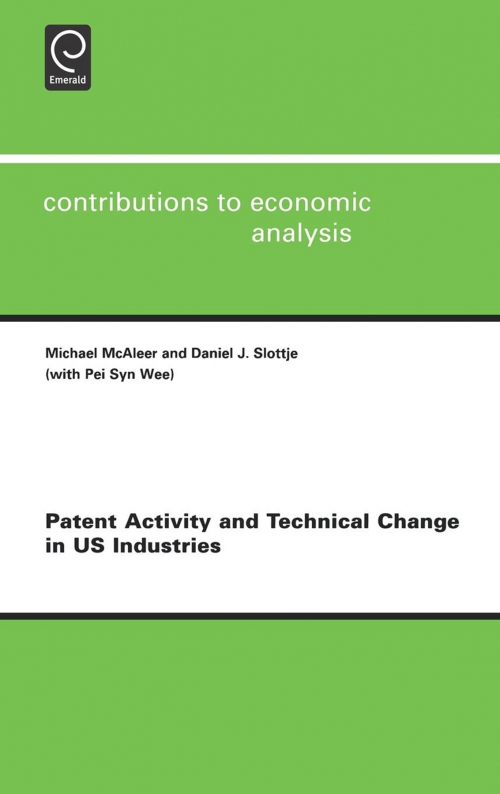 Patent Activity and Technical Change in US Industries Vol: 272

Description
Description innovation is universally recognized as an important source of economic growth. Patents may be considered as a potential measure of innovation. As such, patents may alter isoquant maps, and measuring their elasticities is both intuitively and empirically appealing. This book investigates the impact of U.S.A. patent activity on technical change in 35 industries given in the KLEM (Jorgenson, 1996) data set for the period 1958-1996. Four patent variables, namely total patent applications, total patents granted, unsuccessful patent applications and foreign patents granted, are introduced as technology-changing parameters into the generalized Fechner-Thurstone (GFT) production function to determine the effect on the elasticity of the marginal rate of technical substitution (MRTS) between inputs of the GFT production function over time.It is found that all four patent variables have significant impacts on the marginal rates of technical substitution between various production inputs over time, with foreign patents granted being the most 'effective' parameter, and unsuccessful patent applications the least effective. In addition, the elasticity of the MRTS between materials and energy is found to be the most affected by patent activity, and that between materials and labor the least. The extent of technical change by patent activity varies across industries. Patent activity is found to be less effective as technology changes in some traditionally high patenting industries and more effective in others, which indicates that there are significant spillover effects of patents. Patent activity is found to have the greatest impact on technical change in the metal mining industry and the least impact in the chemicals industry.
Contents
Chapter One: Introduction Chapter Two: Literature review 2.1 Introduction 2.2 Problems of patent statistics 2.3 Trends and volatility in patents data 2.4 Patents and research and development 2.5 Patents rights and patent value 2.6 R&D spillovers and patents 2.7 Patents and technical change Chapter Three: Data description 3.1 Patent activity 3.2 The Jorgenson KLEM dataset Chapter Four: Method 4.1 Introduction 4.2 The aggregate production approach 4.3 The generalised Fechner-Thurstone production function Chapter Five: Estimation and empirical results 5.1 Diagnostic tests 5.2 Overall empirical results 5.3 Industry level empirical results Chapter Six: Conclusion