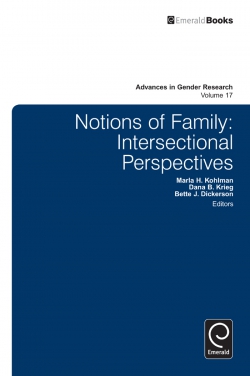 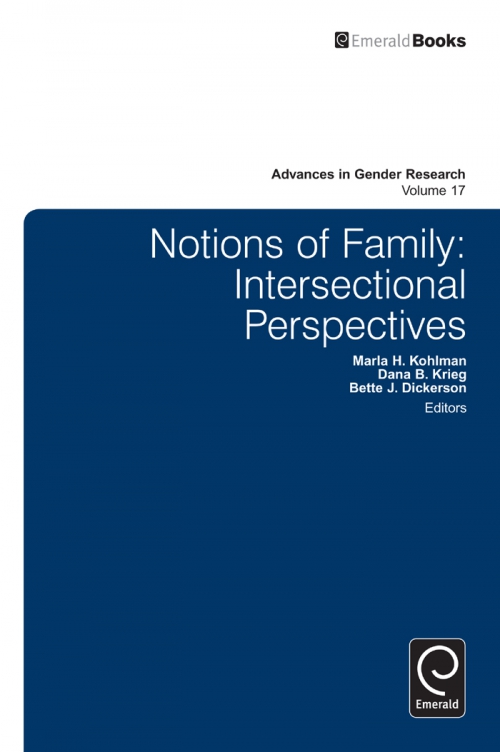 Description
"Notions of Family: Intersectional Perspectives" presents new and original research on gender and the institution of family featuring both quantitative and qualitative analyses. The objective of this volume is to present a framework for understanding the ways in which the salient identities of gender, class position, race, sexuality, and other demographic characteristics function simultaneously to produce the outcomes we observe in the lives of individuals as integral forces in the maintenance of family. While there is a large body of literature in each of these demographic areas of analysis and theory, only within the past decade have academics attempted to model and analyze the "simultaneity" of their functioning as one concerted force in our everyday lived experience. Moreover, there has been little directed focus on any particular institutional force in current textual discussions of intersectionality. We seek to begin the process of addressing this void in the academic literature with this edited volume on the family as a societal institution.
Contents
List of Contributors. Introduction: Intersectional Dynamics of Gender, Family, and Work. Cultivating Gendered Talents? The Intersection of Race, Class, and Gender in the Concerted Cultivation of U.S. Elementary Students. Blocked Opportunities and Gendered Power: Inability to Attain Preferred Gender Roles. Women of Color Participating in Personal Advertising: Dating, Mating, and Relating in a “Post” Racial, Gendered, and Modern Society. Marrying for the Kids: Gender, Sexual Identity, and Family in Same-sex Marriage. Why Do You Think We Don’t Get Married? Homeless Mothers in San Francisco Speak Out About Having children Outside of Marriage. Examining Status Discrepant Marriages and Marital Quality at the Intersections of Gender, Race, and Class. Cultural Contradiction or Integration? Work–Family Schemas of Black Middle Class Mothers. Mothering for Class and Ethnicity: The Case of Indian Professional Immigrants in the United States. African Americans’ and Latinas’ Mothering Scripts: An Intersectional Analysis. A Campaign for Good Motherhood? Exploring Media Discourse on Sarah Palin, Hillary Clinton, and Michelle Obama During the 2008 Presidential Election Campaign. Intersectionality and Work–Family Balance: A Study of Black, White, and Mexican-american Adults. Labor Force Participation Among Asian, Black, Hispanic, and White Mothers in 20 Occupations. About the Authors. Notions of Family: Intersectional Perspectives. Advances In Gender Research. Advances In Gender Research. Copyright page.