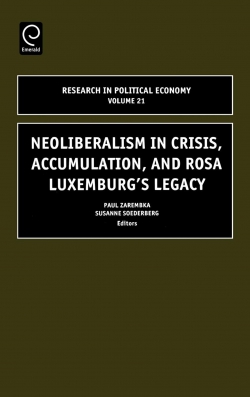 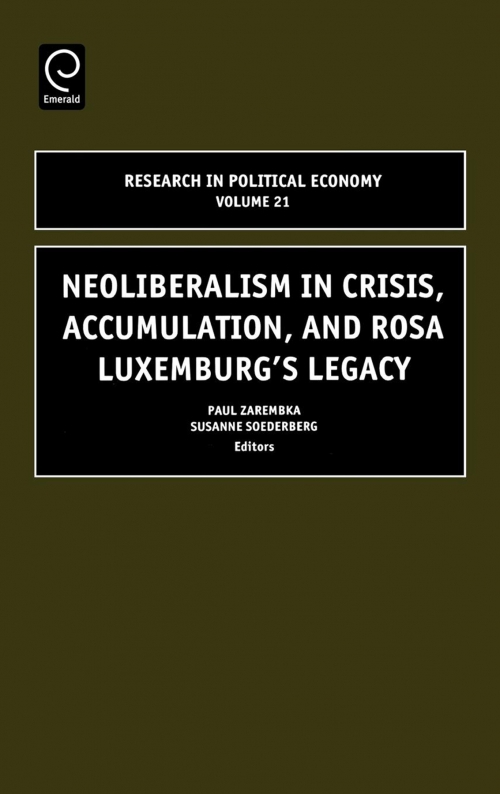 Description
This volume of Research in Political Economy sets out to explore three key themes pertinent to the critique of political economy: (1) the disciplinary role of capital under neoliberalism, (2) accumulation and finance, and (3) the life and theories of Rosa Luxemburg. While the sections focus on different aspects of political economy, taken as a whole, they complement each other in striking a balance between concrete and abstract Marxist analyses. The essays in the first section critically examines the more concrete aspects of political economy, such as the changing role of the World Bank vis-a-vis the Third World, the Millennium Challenge Account - a newly forged 'official development compact' put forward by the Bush II administration, the disciplinary strategies tied to labour restructuring in Argentina, the political economy of financial fragility on a global scale, and a cultural critique of the Documenta11. The essays in the second section explore analytically dimensions of Marx's theory of the monetary circuit, Rudolf Hilferding's banking theory, Henryk Grossman's Law of Accumulation, and the evidence surrounding supposed value-price correlations. The articles in the third section of the volume are devoted to the person and theoretical contribution of Rosa Luxemburg, the famous Polish-German theoretician and revolutionary leader.
Contents
List of Contributions. Photos. Part I: The disciplinary role of capital under Neoliberalism. Responding to Neoliberalism in crisis: discipline and empowerment in the World Bank's new development agenda (M. Taylor). American imperialism and new forms of disciplining the 'non-integrating gap' (S. Soederberg). The logic of Neoliberal finance and global financial fragility: towards another great depression? (A. Nesvetailova). Disciplining labor, creating poverty: Neoliberal structural reform and the political conflict in Argentina (V. Patroni). Global high culture in the era of Neo-Liberalism: The case of documenta11 (K. Ball). Part II: Accumulation and Finance. Marx and the theory of the monetary circuit (A.B. Trigg). Hilferding's banking theory in the light of Steuart and Smith (C. Lapavitsas). Economic crisis and socialist revolution: Henryk Grossman's Law of Accumulation, its first critics and his responses (R. Kuhn). Spurious value-price correlations: some additional evidence and arguments (A. Kliman). Part III: Rosa Luxemburg. The coherence of Luxemburg's theories and life (E.T. Aznar). 'Like a candle burning at both ends': Rosa Luxemburg and the critique of political economy (R. Bellofiore).