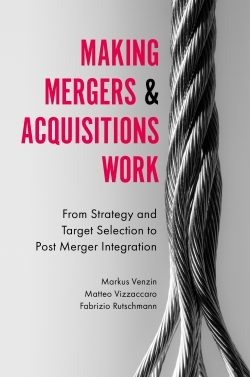 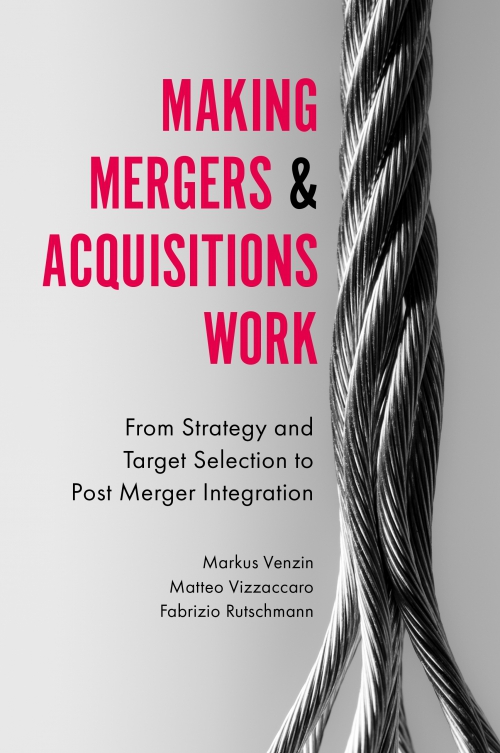 Description
For many industries, mergers and acquisitions have become the main pathway for reaching strategic objectives like growth, technological leadership, or efficiency in production and distribution. However, the success rate of most M&A deals is low - and flawed. Unrealistic synergies, wrong target selection, culture clashes and, most of all, weak post-merger integration processes pose huge challenges, and this book addresses the salient question of how to make M&A deals work.
The authors offer readers unique access to each stage of the M&A process, with added depth and perspective provided by Prysmian - the global leader in energy and telecom cables. Prysmian's perspective enables the authors to deliver a manual for successful M&A in mature industries that require high levels of integration between operating companies.
This collection of existing M&A experiences that identify clear action steps will be an essential tool for managers to develop their growth strategies and accelerate their post-merger integration processes. This guide will also prove useful for practitioners and academics as they seek to improve the ability of firms to conduct M&A, through dissemination in academic and executive classrooms.
Contents
1. INTRODUCTION
2. STRATEGY
3. TARGET SELECTION
4. DUE DILIGENCE
5. NEGOTIATION AND DEAL CLOSING
6. POST-MERGER INTEGRATION
About the author
Fabrizio Rutschmann is the Prysmian Group Human Resources & Organization Director. He graduated in Business Administration at Ca 'Foscari University in Venice, with a specialization at the SDA Bocconi in Milan. Fabrizio began his career in the Electrolux Group in 1989, holding various positions in the Human Resources function in "Appliances" and "Components" divisions. From 1998 to 1999 he worked in Unicredit as HR Director of one of the seven Group banks. In 1999 he joined the Tyre Division of the Pirelli Group as Human Resources Director of the Italian Division. In 2002 he moved to the Cables and Systems Division as Global Director of HR & Organization. The following year, he joined the Telecom Italia Group in Rio de Janeiro as Human Resources Director of the Latin American Region. In 2006 he returned to Pirelli as Group Director HR & Organization. He has been in his current position at Prysmian since June 2010.
Markus Venzin is Full Professor of Global Strategy at the Management and Technology Department of Bocconi University. He sharpened his international academic profile as well as his managerial leadership skills as the Founder and long-time Director of the Master of Science in International Management program at Bocconi University, where he has served as Director of the Strategy and Entrepreneurship Department and, subsequently, Director of the "Claudio Dematté" Research Division at SDA Bocconi. He participated in numerous international conferences and has held visiting positions and teaching assignments at the Università della Svizzera Italiana (Lugano), University of Michigan (Ann Arbor), Fudan University (Shanghai), Copenhagen Business School, Essec (Paris), ESADE (Barcelona), WU Vienna University of Economics and Business, University of St. Gallen, SMU (Singapore), FGV (Sao Paulo), Stockholm School of Economics, USC (Columbia). Markus obtained his PhD in Strategy and Organization from the University of St. Gallen and has since worked as a strategist in the manufacturing industry. He also founded his own consulting firm, and serves as a member of supervisory and advisory boards of several multinational firms.
Matteo Vizzaccaro serves as SDA Bocconi Assistant Professor – Accounting, Control, Corporate and Real Estate Finance Department. Prior to joining SDA Bocconi, he worked as a consultant in an accounting firm, mainly dealing with themes related to M&A, firm evaluation and business planning. He was Research Fellow at CReSV (Center for Sustainability and Value Creation of Università Commerciale L. Bocconi). He has published on M&A, internationalization, business restructuring and entrepreneurship in Italy. Matteo also teaches Financial Markets and Institutions at Bocconi University. He is obtaining his PhD in Management and Innovation from Università Cattolica del Sacro Cuore in Milan.