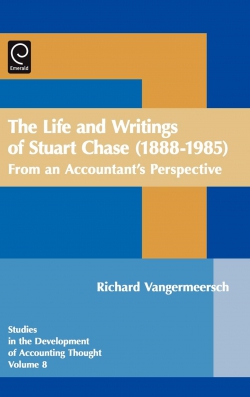 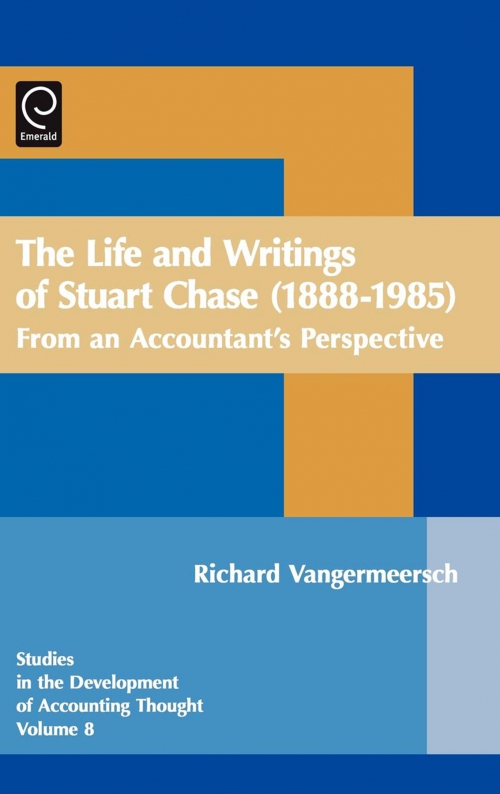 Description
Stuart Chase (1888-1985) is truly a man for all times. Still remembered by liberals in their 70s and 80s, he is now unknown by all too many. Chase was a CPA, as was his father and grand uncle, and was a longtime accountant. Chase speaks loudly and effectively for 2005 and beyond to accountants, and all others, concerned about waste, conservation, social action, justice and change, ethics and fairness. His 1925 "The Tragedy of Waste" remains the best work ever written on waste. Hopefully, this book on Stuart Chase will be in the forefront of a revitalization of the works and person of Stuart Chase. His chronology in this book traces his vitality from 1888 on. Richard Vangermeersch is an emeritus professor in accounting at the University of Rhode Island. He has published numerous books and articles on the history of accounting. He is a past president of the Academy of Accounting Historians and a past chair of its trustees. He was co-convenor of the 10th World Congress of Accounting Historians in 2004.
Contents
Introduction. A Brief Review of the Seven Stages of the Life and Writings of Stuart Chase, from an Accountant's Perspective. General Background and Accounting, 1888-1917, and World War I, With the Federal Government, 1917-1920. A Voice in the Wilderness, 1921-1929. Depression and the New Deal, 1930-1941. World War II, 1942-1945. Writing for the General Public, 1946-1968. The Last Years, 1968-1985. Conclusions.