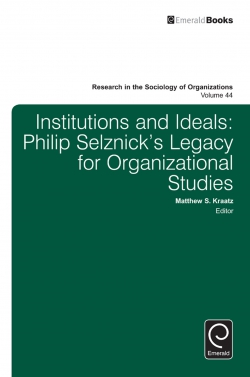 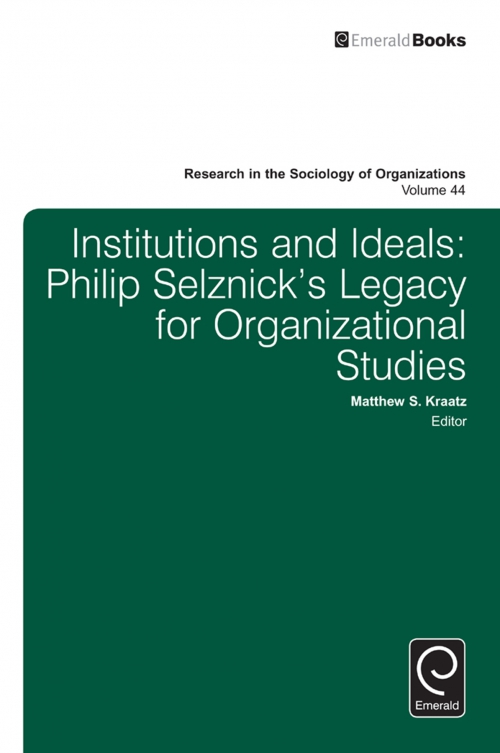 Description
Philip Selznick is a towering figure in the history of organizational studies. His direct contributions to organizational scholarship are relatively few in number and were mostly produced in the early years of his remarkable academic career. But, these early organizational writings, which include TVA and the Grass Roots (1949) and Leadership in Administration (1957), exerted a profound, multi-faceted, and enduring influence on a then-nascent field . They are also widely viewed as the "founding documents" of institutional theory. Each of the papers in this volume revisits Selznick's early work, rearticulates some part of his larger perspective, and says something about its originality and historical significance. They also bring Selznick's perspective to bear on more contemporary issues, apply it to new problems, and explain why it still "matters" in the here and now. Though Selznick's work is an important part of our shared past as organizational scholars, it's also highly relevant to our collective present and our possible future. Taken together, these chapters provide some indication of what that future could look like.
Contents
Introduction. On Sustaining Research Agendas: Their Moral and Scientific Basis. Selznick’s Hobbesian Idealism: Its Nature and Its Origins. Leading Amidst Competing Technical and Institutional Demands: Revisiting Selznick’s Conception of Leadership. Dynamic Conservatism: How Institutions Change to Remain the Same. Missing in Action: The Further Contribution of Philip Selznick to Contemporary Institutional Theory. Organizational Actors, Character, and Selznick’s Theory of Organizations. Philip Selznick and the Problems of Organizational Integrity and Responsibility. Why Institutions Matter: Stakeholder Attention to Organizational Ethics Commitments. Social Heuristics: The Pragmatics of Convention in Decision-Making. What’s So Institutional about Leadership? Leadership Mechanisms of Value Infusion. Perils of Value Neutrality. Reinfusing Values. Copyright page. Advisory Board. Institutions and Ideals: Philip Selznick’s Legacy for Organizational Studies. List of Contributors. Research in the sociology of organizations. Institutions and Ideals: Philip Selznick’s Legacy for Organizational Studies.