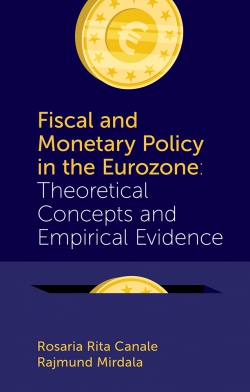 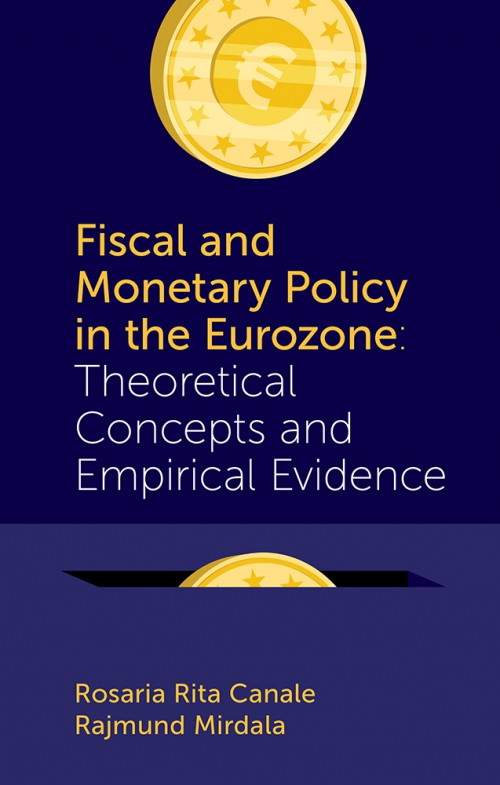 Fiscal and Monetary Policy in the Eurozone: Theoretical Concepts and Empirical Evidence

Description
Following the 2008 financial crisis, the Eurozone faced a major challenge to many of its most widely held beliefs around both short- and long-term economic policy. Contrary to what had been the received wisdom, it suddenly became clear that financial institutions can fail, that low interest rates are often unable to stimulate the economy, that the unemployment gap is still very large, and that external and internal imbalances are becoming more entrenched. Such sudden revelations left economists grasping for answers.
Rosaria Rita Canale and Rajmund Mirdala outline the economic orthodoxies that led to such massive blind spots, and they shed light on the emerging paradigms that continue to struggle to offer convincing frameworks that address what happened and what to do next. They show how dominant economic theories led to a progressive devaluing of the idea that coordinated economic policy offers an effective way of maintaining macroeconomic equilibrium, and they illustrate how the new economic environment calls for a new role for economic policy, one that allows for a more maneuverable monetary policy and a more active fiscal policy. What they ultimately suggest is that this renewed framework of cooperation among policy instruments would require a general rethinking of the political equilibria within the Eurozone, as a stable economic environment cannot be maintained at the expense of particular countries.
For its systematic analyses of the economic policy framework of the Eurozone, and for the rigor of its critiques of current ideas about how to move forward, Fiscal and Monetary Policy in the Eurozone is essential reading for postgraduate students of economics, and it is of keen interest to researchers, policymakers, journalists, and financial strategists.
Contents
Preface
Introduction
Chapter 1. The Policy Framework in the Eurozone
Chapter 2. Fiscal Policy in the Eurozone
Chapter 3. Monetary Policy in the Eurozone
Chapter 4. Policy Coordination in the Eurozone
Conclusions
About the author
Rosaria Rita Canale is Associate Professor of Economic Policy at the Parthenope University of Naples.
Rajmund Mirdala is Associate Professor and Head of the Department of Economics at the Technical University of Kosice, Slovakia.