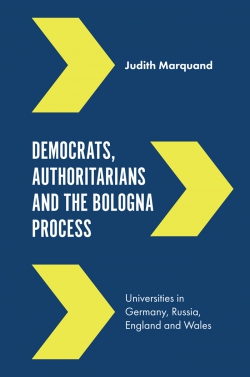 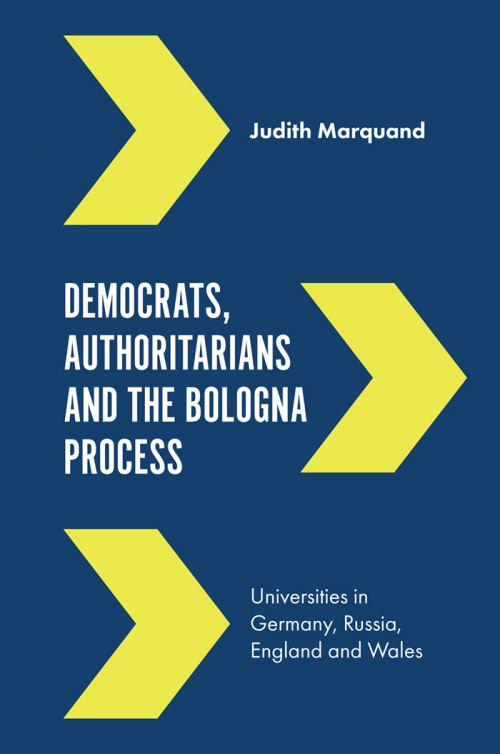 Democrats, Authoritarians and the Bologna Process: Universities in Germany, Russia, England and Wales

Description
The Bologna Process, initiated in 1999, now includes 47 member countries of the Council of Europe. In 2010, it was renamed ‘the European Higher Education Area’, it was expanded. It now attracts the interest of many countries around the world.
Without sanctions, it has transformed the structure of higher education in its member states, to allow comparability of their higher education outcomes and encourage increased mobility between them. Increasingly, it has encouraged the use of learner-centred methods of teaching. It now attempts to further other democratic social objectives as well. Despite growing authoritarianism and populism in some of its member states, it may yet survive because of their strong motivation to pursue economic development through increased technological and innovative capacity.
This book sets this extraordinary phenomenon in its historical and political context. After describing the underpinnings and the development of the central Bologna Process itself, four contrasting country case studies - Germany, Russia, England, Wales - illustrate some of the varying responses adopted when faced with a similar framework.
The book will appeal to those interested in the social and political contexts in which higher education is set, as well as practitioners and researchers.
Contents
Introduction
1. Learning, Innovation, Society and the Bologna Process
2. The Bologna Process – a Quiet Revolution
3. Germany - Aesop's Tortoise
4. Russia - Potemkin lives?
5. United Kingdom - England (and Wales until 1999) - Aesop's Hare
6. Wales: the Red Dragon Awakens
7. Discussion and Conclusions
Annex, The Bologna Declaration of 19 June 1999
About the author
Judith Marquand is Honorary Professor at Cardiff University, Wales. She was educated at Oxford, Harvard and the Open University and lectured at Manchester University and LSE before joining the Government Economic Service. She spent 25 years in departments including the Treasury, Environment, Trade and Industry and the Manpower Services Commission. She left to head a Centre for Training Policy Studies at the University of Sheffield. Her books include Development Aid in Russia: Lessons from Siberia (2009), Autonomy and Change: The Source of Economic Growth (1989) and Development Aid in Russia (2009).
Reviews
"A remarkable achievement. Too often the Bologna process has been dismissed in the UK." - Peter Scott, Professor of Higher Education Studies - UCL Institute of EducationThe most important thing is that the book is rich in content and compels us to look anew at what had seemed a banal problem already well understood by Russians and to reassess the opportunities offered by educational reforms and the challenges faced by Russian higher education. - Geoffrey Hosking, the distinguished historian of Russia, in Ab Imperio, 2020