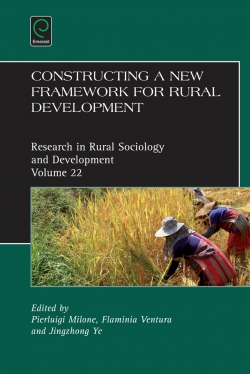 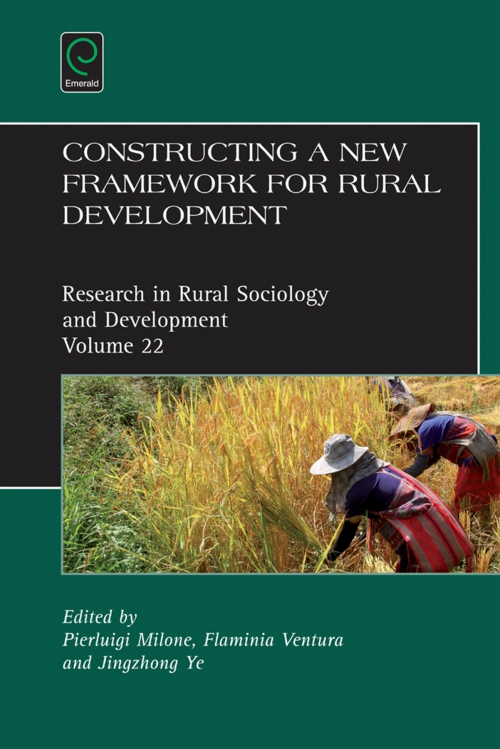 Description
"This volume seeks to answer modern questions and concerns regarding peasants, their production techniques, and their links to wider society. In the past, peasants and their seemingly simple production models have been criticized for being unable to fully meet the needs of modern society, especially when it comes to world hunger, food quality, and sustainability. However, often neglected is the myriad of new initiatives that alter the way food is produced and marketed. New 'peasant markets' are created everywhere and new products and services abound. This volume argues that these initiatives represent "seeds of transition"; they are the "sprouts" out of which new socio-technical modes for organizing production and marketing emerge - "sprouts" that, taken together, can be summarized as "rural development". This book critically discusses these new practices and the actors engaged in them. In doing so, it deals with several countries in three different continents (Asia, South America and Europe). It proposes new concepts and approaches for a better understanding of the re-emergence of peasants as indispensable part of modern societies."
Contents
Rural Development: Actors and Practices. Activities, Actants and Actors: Theoretical Perspectives on Development Practice and Practitioners. Is Multifunctionality the Road to Empowering Farmers?. Peasant Innovation and Grassroots Action in China. Seeds and Sprouts of Rural Development: Innovations and Nested Markets in Small Scale On-Farm Processing by Family Farmers in South Brazil. Hidden Treasures: Reconnecting Culture and Nature in Rural Development Dynamics. Rural Development from the Grassroots: Twenty Years of the EU “Leader Approach”. The Distinctiveness of Rural Development Practices in North West Europe. Towards the Characterization of Actors Engaged in Rural Development Processes in the North West of Europe. Weaving the Institutional Market: The Politics of Food Production in Land Reform Settlements in Brazil. Revisiting Evolving Webs of Agri-food and Rural Development in the UK: The Case of Devon and Shetland. Copyright page. Constructing a New Framework for Rural Development. Research in rural sociology and development. Constructing a New Framework for Rural Development. About the Authors. List of Contributors. Introduction. Conclusion: Reproducing Future in Rural Area.