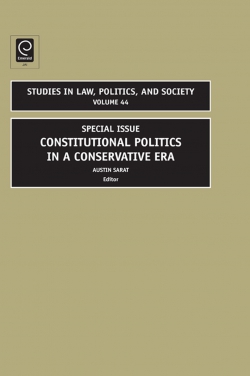 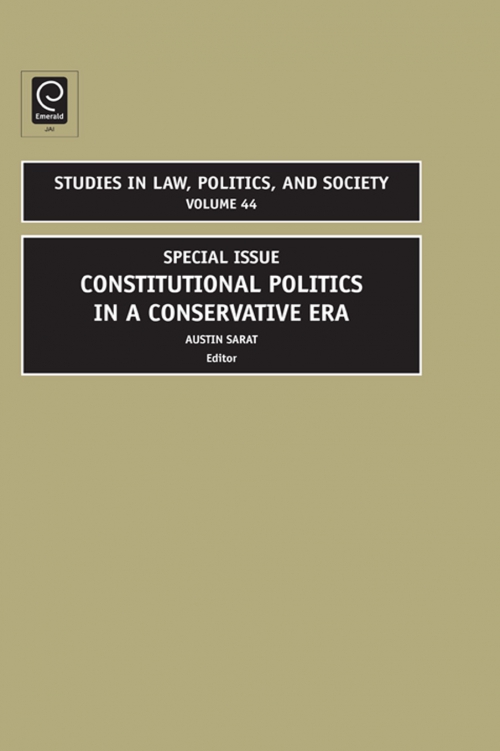 Description
This volume of "Studies in Law, Politics, and Society" presents a unique special issue "Constitutional Politics in a Conservative Era". This issue brings together the work of leading scholars of Constitutionalism, Constitutional law, and politics in the United States to take stock of the field to chart its progress, and point the way for its future development. Much of the way Americans have thought about Constitutional law has, until recently, been dominated by models developed during the Warren Court Era. Today, however, scholars seek new approaches, approaches that do not take for granted liberal hegemony in the courts. Among these, theories of popular constitutionalism and judicial minimalism appear to be increasingly popular. How should Scholars think about American courts in an era of conservative domination of the judiciary? What should/will constitutional politics in the United States look like over the next decade?
Contents
Understanding the impact and visibility of ideological change on the supreme court. An indifference thesis: Constitutional law and politics in an era of “conservative domination” of the judiciary. Popular constitutionalism: The new living constitutionalism. Political regimes and the future of the First Amendment. Confirmation obfuscation: Supreme Court confirmation politics in a conservative era. Why Does a Moderate/Conservative Supreme Court in a Conservative Age Expand Gay Rights?: Lawrence v. Texas. EDITORIAL BOARD. List of Contributors. Edited by. Edited by. Copyright page.