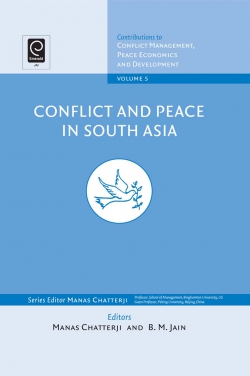 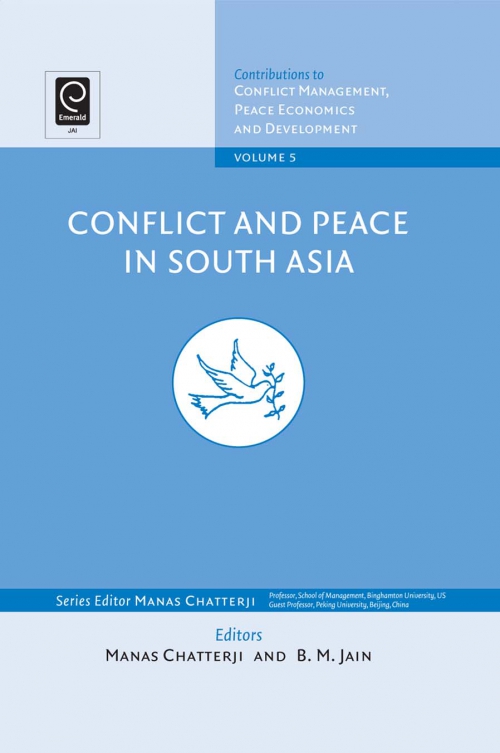 Description
South Asia is a distinct geographical entity comprised of seven countries - India, Pakistan, Bangladesh, Nepal, Bhutan, Sri Lanka and Maldives (situated in the Indian Ocean). The region, as discussed in the contributions to this volume, is turning out to be the most dangerous place in the world, representing a breeding ground of bloody terror and radical extremism exemplified by the assassination of Benazir Bhutto, of Pakistan, in December 2007.India and Pakistan have been involved in a never-ending conflict over Kashmir since the sub-continent was divided in 1947, and have been involved in numerous wars and superpower games. The situation has now become alarming since both countries possess nuclear arms, religious extremism has spread, and there is increased internal ethnic fighting (particularly in Pakistan). Pakistan, often described as a failed state, is experimenting with democracy with serious internal and external results. Bangladesh, oscillating between brief periods of democracy and military dictatorship, is becoming a center for religious extremism, and poses serious problems for India due to illegal immigration. In Nepal, the monarchy has been abolished and a left-wing Maoist government has taken hold. For the last twenty years, Sri Lanka has been involved in a bloody civil war. Even Bhutan and Maldives experience security and internal problems. The chapters in this book look at these countries in a historical context, from inter-regional and international perspectives. Conflict and peace in South Asia connect with a diverse array of factors, ranging from poverty, nuclear proliferation, heavy military expenditure at the expense of development and social goods, militancy, insurgency, illegal migration, environmental degradation, resource depletion, child labor, gender discrimination, and so on. Globalization has increased the income of the region's wealthy class segments and promoted inter-regional inequality. All these factors are interrelated. Accordingly, this volume includes papers that link socio-economic factors, resource constraints, and international trade to human security. Although most of the papers are case studies for individual countries, an attempt has been made in other papers to show how the quantitative methods of Peace Science can be used to analyze the region's situation and make predictions for the future.
Contents
Introduction: historical and contemporary perspectives on South Asia. A model of military spending of India and Pakistan. A game theoretical approach to the coalition politics in an Indian state. Evidence of asymmetric cointegration between the military expenditures of India and Pakistan. Liberalisation, democratisation and the distribution of urban local public goods. Natural disasters: A nonmilitary threat to national security. Nuclear Proliferation in South Asia: A Psycho-Cultural Analysis. Managing development for peace: Sri Lanka. Ethnic conflict in Sri Lanka: The dilemma of building a unitary state. The peace process in Sri Lanka. Economic imperative for peace in Sri Lanka. India engages Afghanistan: Expanding its influence in the neighborhood. Dynamics of political transition in Myanmar: Impediments and alternative futures. Dealing with Maoists: Nepal's experience with peace negotiations. India and Bangladesh: A relationship adrift. Political dimensions of Islamic fundamentalism in South Asia. South Asian Regional Council (SARC) and South Asian rivers: A study in water conflict. India's trade with its South Asian neighbours: Conflict or Confidence Building?. Trade liberalization and national security in the context of WTO framework. Business process outsourcing under globalisation: Is the conflict between India and the USA receding?. Retrospect and prospect. Conflict Management, Peace Economics and Development volume 5. Conflict and Peace in South Asia. Copyright page. Dedication. List of Figure and Tables. Foreword. List of Contributors. Index.