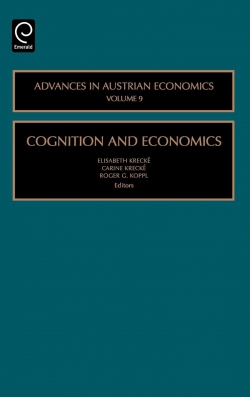 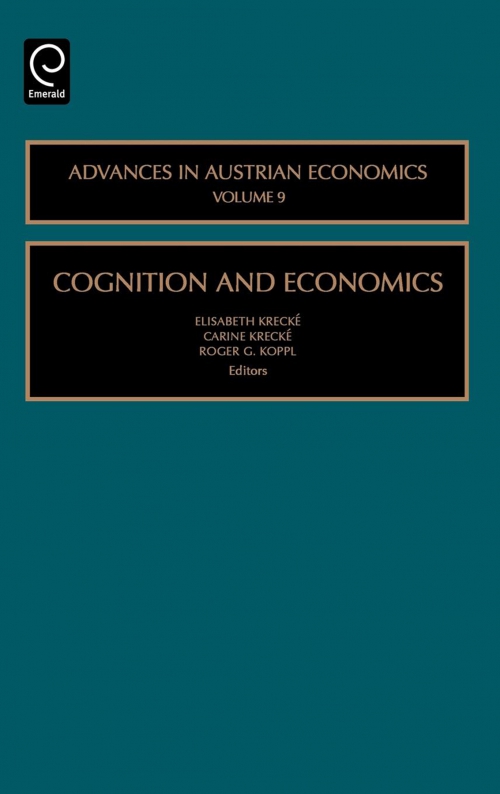 Description
The cognitive sciences, having emerged in the second half of the twentieth century, are recently experiencing a spectacular renewal which cannot leave unaffected any discipline that deals with human behavior. The primary motivation for our project has been to weigh up the impact that this ongoing revolution of the sciences of the mind is likely to have on social sciences in particular, on economics. The idea was to gather together a diverse group of social scientists to think about the following questions. Have the various new approaches to cognition provoked a crisis in economic science? Should we speak of a scientific revolution in economics occurring under the growing influence of the cognitive paradigm? Above all, can a more precise knowledge of the complex functioning of the human mind and brain advance in any way the understanding of economic decision-making? This volume brings together economists from various traditions such as Austrian economics, evolutionary economics, institutional economics, law and economics, neuro-economics and bio-economics. More specifically, it contains contributions by William N. Butos and Roger G. Koppl, Geoffrey M. Hodgson, Carine Krecke and Elisabeth Krecke, Janet T. Landa, Thomas J. McQuade, Steven G. Medema, Bart Nooteboom, Richard A. Posner, Salvatore Rizzello and Alfons Cortes. It examines the impact of cognitive science growth on the economics discipline. Contributors represent a wide variety of economic thought and tradition. It looks ahead to the future of economics.
Contents
Chapter 1. Introduction to a Cognitive Methodology in Economics (Elisabeth Krecke and Carine Krecke) Chapter 2. Does The Sensory Order Have a Useful Economic Future? (William N. Butos and Roger G. Koppl) Chapter 3. Science and Market as Adaptive Classifying Systems (Thomas J. McQuade) Chapter 4. Hayeks Theory of Knowledge and Behavioural Finance (Alfons Cortes and Salvatore Rizzello) Chapter 5. Instinct and Habit Before Reason: Comparing the Views of John Dewey, Friedrich Hayek and Thorstein Veblen (Geoffrey M. Hodgson) Chapter 6. Elements of a Cognitive Theory of the Firm (Bart Nooteboom) Chapter 7. Austrian Theory of Entrepreneurship Meets the Social Science and Bioeconomics of the Ethnically Homogeneous Middleman Group (Janet T. Landa) Chapter 8. The Anti-Foundational Dilemma: Normative Implications for the Economic Analysis of Law (Elisabeth Krecke and Carine Krecke) Chapter 9. Alfred Marshall Meets Law and Economics: Rationality, Norms and Theories as Tendency Statements (Steven G. Medema) Chapter 10. Cognitive Theory as the Ground of Political Theory in Plato, Popper, Dewey and Hayek (Richard A. Posner) Note on Behavioral Economics (Nick Schandler)