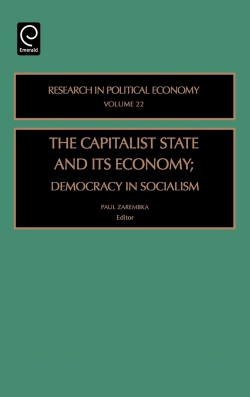 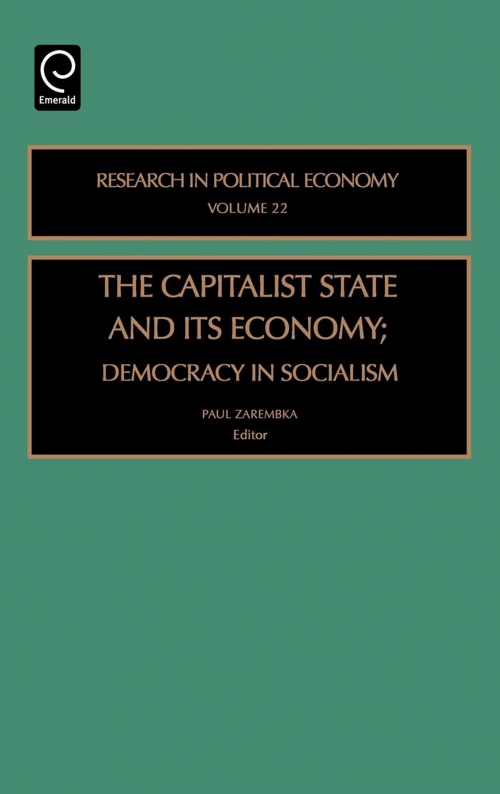 Capitalist State and Its Economy: Democracy in Socialism Vol: 22

Description
The leading part of this volume focuses on the role of the state in capitalist society, beginning by showing the welfare state as an historical product of the class structure of English agrarian capitalism. The second chapter indicates how, in European colonies such as in Africa, taxation was an important means of forcing indigenous populations to work as wage-laborers or produce cash crops, and relating the process to Marx's 'primitive accumulation of capital'. The following two chapters move to the contemporary period, the first suggesting that change in the relationship between the nation-state and capital is rooted in the contradictory needs of labor versus capital, while the next chapter proposes analyzing capitalist institutions by relying, more than hitherto, on an hermeneutic understanding of institutions. The following part addresses price and technical choice in capitalism. The first two chapters address price, the initial one suggesting its formation to be the same as the formation of abstract labor, while the second identifying a new category of exchange value and using it to explain how changes in demand act to redistribute value across industries. The following two chapters consider, empirically, the relation between technical choice and profit rates. The third part addresses economic democracy within socialism, defending both direct democracy and economic calculation in terms of labor time. The concluding part develops an understanding of the class determination of knowledge, including explaining why the science and techniques developed in one class society can be used in others.
Contents
Part I: The state in capitalist development. Agrarian capitalism and poor relief in England, c. 1500-1790: Rethinking the origins of the welfare state (L. Patriquin). Taxation and primitive accumulation: The case of colonial Africa (M. Forstater). The state-capital relationship and the significance of incorporating the role of labor (E. Zaky). Political institutions and economic imperatives: Bringing agency back in (M. Konings). Part II: Abstract labor, price, and technical choice in capitalism. Quantifying abstract labor: "Aliquot Part" reasoning in Marx's value theory (B. Roberts). Exchange, demand and the market-price of production: reconciling traditional and monetary approaches to value and price (D. Kristjanson-Gural). Testing Okishio's criterion of technical choice (C.-S. Park). Testing for the Marxian-classical criterion of technical choice G. Dumeenil, D. Levy). Part III: Socialism. Reflections on economic democracy (P. Cockshott, A. Cottrell). Part IV: On the production of knowledge. On the production of knowledge (G. Carchedi).