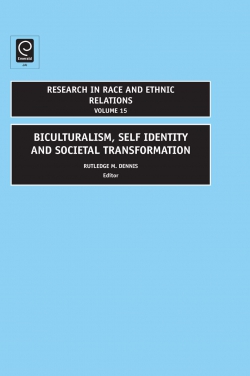 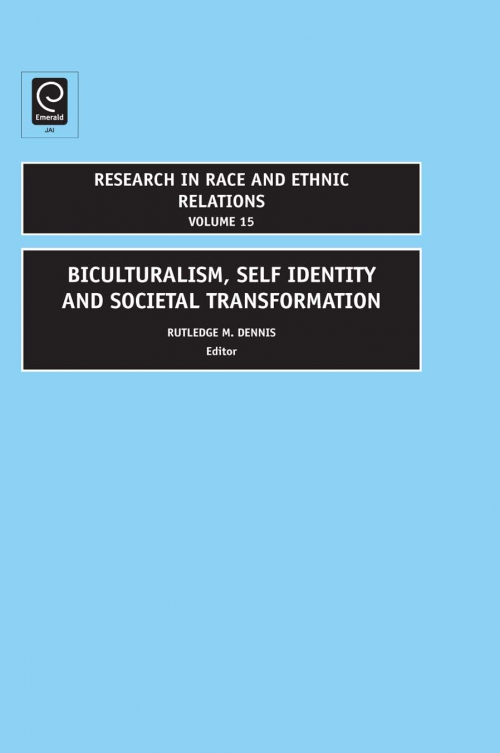 Description
When a society or nation contains many cultures, large or small, with differing institutional and organizations networks, individuals and groups must, in order to successfully navigate their passages within and between cultures, learn to act and react to primary and secondary cultural orientations, which might be labeled dominant and super-ordinate or non-dominant and sub-ordinate. Under such a scenario, biculturalism exists. The essays in this volume offer fresh theoretical and methodological insights into biculturalism as an existing reality in many socieities. The authors present a variety of methodological strategies and techniques case studies, autoethnography, content analysis, participant observation, the national survey, and structured and unstructured interviews. Whereas some essays provide a brief history as a point of reference to aid the reader in understanding how and why biculturalism began and persists the beginning of biculturalism, others do not.All essays, whether written from social science or humanity perspectives, give the readers a glimpse into the bicultural world of a particular people or group. Hence, biculturalism is presented as it illustrates the world of the following: a female African American intellectual; German, Koreans, and Japanese immigrants, Koreans; South Asians; two autoethnographic bicultural case studies; issues of identity and biculturalism among Asians, Native Americans, whites, and African Americans in the U.S.; and, a content analysis of Spanish language programs for children, and essays analyzing biculturalism among Jewish Americans and African Americans, and a critique of Ralph Ellison's bicultural imperatives.Many of the essays will analyze class, ethnic, and gender issues as they relate to the idea of biculturality. The essays in this volume relate the bicultural experience and remind the reader that this bicultural experience may connect to ideas of acculturation, assimilation, marginality, identity, ambivalence, super-ordinate, sub-ordination, and issues related to insiders and outsiders, but a crucial theme in biculturalism is the existence of two cultural streams and the fact that individuals and groups may, over time, operate in both streams, and deftly move within and between each, as opportunities present themselves.
Contents
Introduction: The bicultural self. Towards a theory of biculturalism. Biculturalism and the dialectics of identity. Juggling with two cultures: transnationalism and hybridity as cultural outcomes of immigration for Haitians in the United States. German and Japanese transnational migrants in America: Biculturalism in comparative perspective. Fannie Barrier Williams, biculturalism, and the African American experience, 1887–1926. Tripping the White fantastic: Navigating the politics of dislocation and bicultural authenticity in academe. Spanish language and Latino ethnicity in children's television programs. Integration and the formation of ethnic identity among South Asian immigrants in Norway. Status maximization, hypodescent theory, or social identity theory? A theoretical approach to understanding the racial identification of multiracial adolescents. Autobiographic notes on becoming musically bicultural. List of Contributors. Research in race and ethnic relations. Biculturalism, self identity and societal transformation. Copyright page.