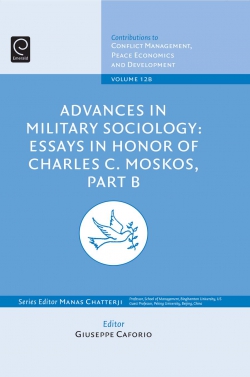 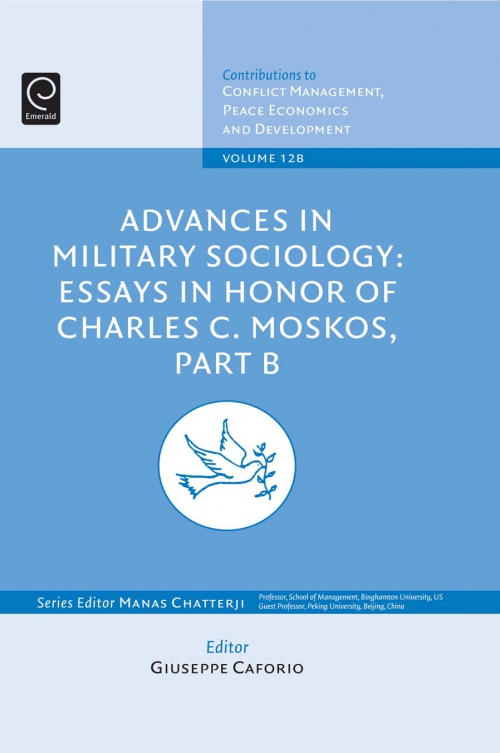 Description
There could be no better homage to recently deceased sociologist Charles C. Moskos than dedicating to him this selection of the papers presented at RC01's international conference in Seoul (July 2008). It offers an up-to-date view of the panorama of social studies on armed forces and conflict resolution in a context of fast-moving change that renders many preceding theoretical previsions obsolete. Just to cite two aspects of this change, one can point first of all to how the presented studies move beyond the very concept of globalization, after which the conference had been named. It in fact emerged with clarity that the new dimensions of the context in which militaries and military policy must move are those of a constant, diffuse interaction of the 'local' and the 'global', so-called globalization. A second aspect, in the international area, is the shift towards a multipolar global order with the United States, the European Union, China, Russia, Latin America, Japan and India all manoeuvring for position, a shift that has significant consequences on military action as well.
Contents
List of Contributors. End of conscription and problems of manning: The case of Slovenian Armed Forces. Managing diversity in all-volunteer forces: Theoretical perspectives, institutional assessment and policy implications. General conscription in Finland after 2008 – some reasons behind Finland's population's and conscripts’ attitudes towards general conscription. Changes in military profession in Latin American countries. Slovene public opinion about security issues: A coincidence or a consistent pattern?. Institutionalising European defence: Main trends in European public perceptions in the age of the global war on terror. Between alliance and home front considerations: The German armed forces and security-related opinion polls. Women in the military profession: The Greek case. Women in conflictual situations in the war-torn Darfur, Sudan: An exposition. Gender integration policies in the armed forces: A double-edged sword?. Thirty years of gender integration: cadet perceptions of women at the U.S. Air force academy. Parents’ voice: The intergenerational relationship, worry, appraisal of the deployment, and support among parents of deployed personnel. Military families and deployments abroad in Italy. In search of adequate answers for a new issue. Pakistani military's role in the Asian context. Military educational institutions and their role in the reproduction of inequality in the Philippines. A basis of Mongolian defense policy and armed forces for self-defense. Foreign aid, war/military, and state building of cold war Taiwan: in search of a theoretical and comparative framework. From military professionalism to coup d'etat: Concordance theory in India and Pakistan. Whose job, what job? Security sector performance in a local Communist frontline in central Philippines. EU harmonisation reforms, democratisation and a new modality of civil-military relations in Turkey. The convergence and divergence in perceptions of security issues By military professionals and civilians in South Korea. Civil–military relations of modern Korea: From a patriarchal army to a professional army. Civil–military relations of Korea in the 21st Century. Demilitarizing politics in South Korea: Toward a positive consolidation of civilian supremacy. Conflict management, peace economics and development. Advances in Military Sociology: Essays in Honor of Charles C. Moskos. Copyright page. Foreword. Introduction. Subject Index.