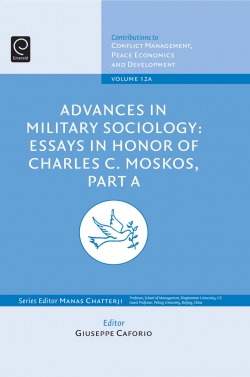 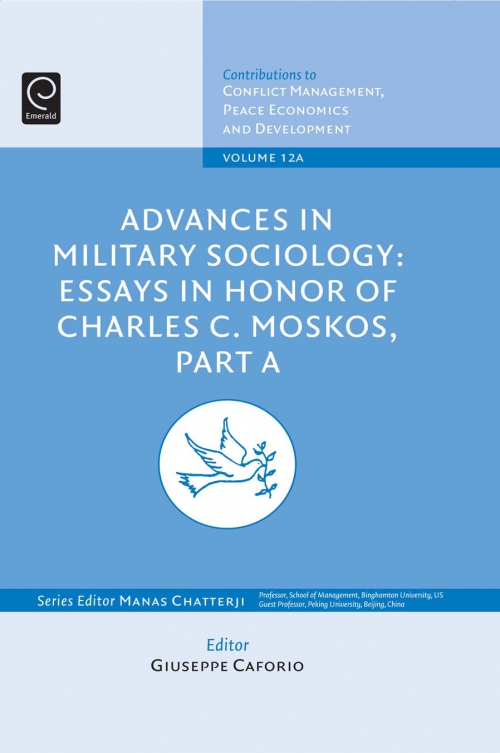 Description
There could be no better homage to recently deceased sociologist Charles C. Moskos than dedicating to him this selection of the papers presented at RC01's international conference in Seoul (July 2008). It offers an up-to-date view of the panorama of social studies on armed forces and conflict resolution in a context of fast-moving change that renders many preceding theoretical previsions obsolete. Just to cite two aspects of this change, one can point first of all to how the presented studies move beyond the very concept of globalization, after which the conference had been named. It in fact emerged with clarity that the new dimensions of the context in which militaries and military policy must move are those of a constant, diffuse interaction of the 'local' and the 'global', so-called globalization. A second aspect, in the international area, is the shift towards a multipolar global order with the United States, the European Union, China, Russia, Latin America, Japan and India all manoeuvring for position, a shift that has significant consequences on military action as well.
Contents
List of Contributors. Foreword. Introduction. Charles C. Moskos (1934–2008). Soldiers and scholars in a world of growing interdependence. The glocalization of bereavement: bereaved families, Economic Discourse and the hierarchy of Israeli Casualties. Many views on peace. Conflict, peacemaking and the dynamics of humiliation. Turning enemies into friends: the role of economic relationships in building security and sustaining peace. The military role in the amnesty, reconciliation, and reintegration (AR2) process: an expanded framework analysis. Cultural and political challenges in military missions: how officers view multiculturality in armed forces. Latin America in peacekeeping operations: a sociopolitical overview. Polish military forces in peacekeeping missions and military operations other than war: experiences after 2000. Greece's contribution to the Korean War (1950–1955). South Korean experiences in peacekeeping and plan for the future. Hungarian experiences from peacekeeping in Afghanistan. ESDP and Russia: a decade of unfulfilled promise. Asymmetric warfare: an introduction. Expeditionary military networks and asymmetric warfare. Payday in the Afghan National Army: from Western administrative liabilities to local realities. The asymmetric answers (with the focus on Russia's rhetoric and actions). New wine, new bottles, or both? Social science contributions to thinking about and reorganizing for irregular warfare. Interaction rituals and language mediation during peace missions: experiences from Afghanistan. New ways of military thinking and acting for a better world: new models – preparing forces to master unavoidable transitions. The symmetries of asymmetry: myths surrounding the notion of asymmetric war. Edited by. Contributions to conflict management, peace economics and development volume 12A. Copyright page. Subject Index.