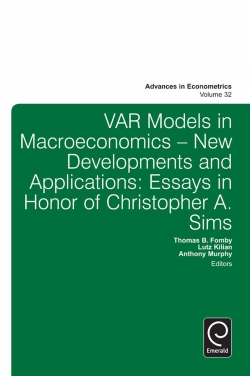 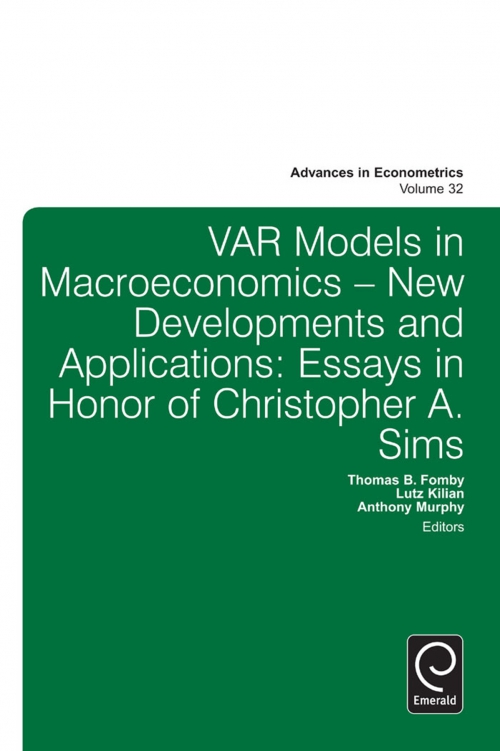 Var Models in Macroeconomics - New Developments and Applications: Essays in Honor of Christopher A. Sims Vol: 32

Description
Vector autoregressive (VAR) models are among the most widely used econometric tools in the fields of macroeconomics and financial economics. Much of what we know about the response of the economy to macroeconomic shocks and about how various shocks have contributed to the evolution of macroeconomic and financial aggregates is based on VAR models. VAR models also have been used successfully for economic and business forecasting, for modelling risk and volatility, and for the construction of forecast scenarios. Since the introduction of VAR models by C.A. Sims in 1980, the VAR methodology has continuously evolved. Even today important extensions and reinterpretations of the VAR framework are being developed. Examples include VAR models for mixed-frequency data, VAR models as approximations to DSGE models, factor-augmented VAR models, new tools for the identification of structural shocks in VAR models, panel VAR approaches, and time-varying parameter VAR models. This volume collects contributions from some of the leading VAR experts in the world on VAR methods and applications. Each chapter highlights and synthesizes a new development in this literature in a way that is accessible to practitioners, to graduate students, and to readers in other fields.
Contents
The Relationship Between DSGE and VAR Models. Do DSGE Models Forecast More Accurately Out-Of-Sample than VAR Models?. Unit Roots, Cointegration, and Pretesting in Var Models. Evaluating the Accuracy of Forecasts from Vector Autoregressions. Identifying Structural Vector Autoregressions Via Changes in Volatility. Panel Vector Autoregressive Models: A Survey. Mixed-Frequency Vector Autoregressive Models. Thresholds and Smooth Transitions in Vector Autoregressive Models. Nonparametric Vector Autoregressions: Specification, Estimation, and Inference. Testing for Common Cycles in Non-Stationary VARs with Varied Frequency Data. Multivariate Dynamic Probit Models: An Application to Financial Crises Mutation. Var Models in Macroeconomics - New Developments and Applications: Essays in Honor of Christopher A. Sims. Advances in Econometrics. Var Models in Macroeconomics - New Developments and Applications: Essays in Honor of Christopher A. Sims. Copyright page. Dedication. List of Contributors. Introduction.