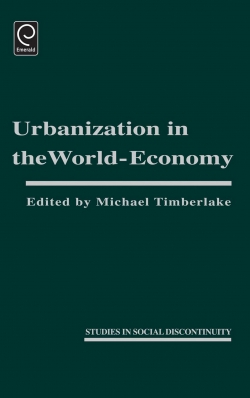 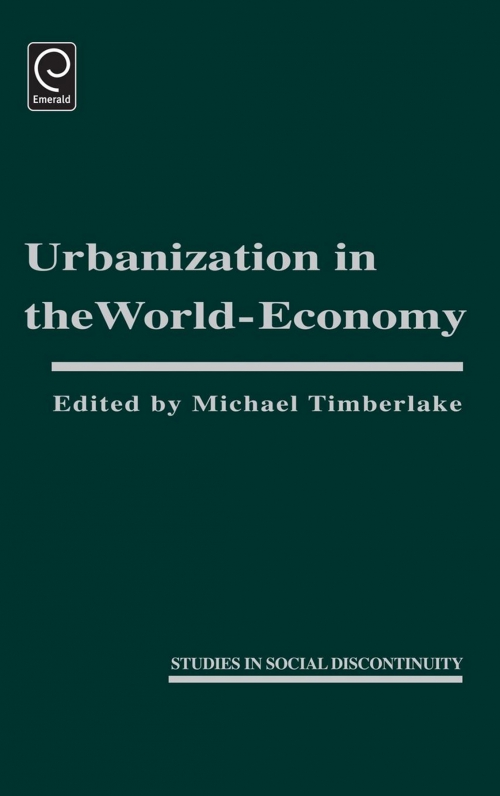 Urbanization in the World Economy

Description
To date, most interpretations of urbanization have focused on the internal dynamics of regions or nations, or at best on narrow relations of international dependency. This text recognizes a complementary world-system process theory. The intent is not to argue that world-system processes totally determine urban change, but rather that patterns of urbanization within regions cannot be adequately understood without at least taking global political economic processes into account. The book begins with a discussion of how a world-system theory of urbanization differs from other approaches. This is followed by a discussion of theoretical issues involved in the world-system approach. The final section of the book consists of empirical studies which use this theoretical perspective to shed light on urbanization patterns either within selected countries or globally. The main themes which are examined include urban primacy and city systems, urban labor force patterns, over-urbanization, and rates or levels of urban concentration. This book contains a review of urbanization literature and discussion concerning the informal labor sector in peripheral areas, core-peripheral relations at the global level, urban primacy theory and its critique, and recent patterns of labor force structure in the world economy. The effects of the mobility of capital and labor on U.S. cities are reviewed and a comparison between the urban systems of South Korea and the Philippines is made. The authors present data on city-size hierarchy at the world level for the past 1000 years and find that changes in the world city-size distribution correspond to cycles in the world system. They conclude that regional studies and global analyses support interpretations of urbanization using the world-system paradigm. From the Preface: The processes of urbanization have long been regarded as integral to socioeconomic development. However, scholarly opinion about global urban patterns is divided, ranging from claims that the growth of urban population in a given region is an inevitable concomitant of modernization to assertions that too-rapid urban growth, especially in a region's largest city, may actually impede balanced development. Despite this diversity of opinion, observers agree that there is tremendous global unevenness in patterns of urbanization. Our understanding of uneven development has been transformed in recent years by the emergence of the world-system perspective, which, however, has until now illuminated aspects of dependency and development other than urbanization. The purpose of this book is to use the world-system paradigm to systematically interpret processes of urbanization. The book is directed toward students of urbanization and development who may approach their subject from a variety of academic disciplines, including anthropology, political economy, geography, history, political science, and sociology.
Contents
Introduction: M. Timberlake, The World-System Perspective and Urbanization. Theoretical and Conceptual Considerations: J. Kentor, Economic Development and the World Division of Labor. J. Sokolovsky, Logic, Space, and Time: The Boundaries of the Capitalist World-Economy. A. Portes, The Informal Sector and the World-Economy: Notes on the Structure of Subsidized Labor. P. Barnhouse Walters, Systems of Cities and Urban Primacy: Problems of Definition and Measurement. C.A. Smith, Theories and Measures of Urban Primacy: A Critique. Regional Implications: C.A. Smith, Class Relations and Urbanization in Guatemala: Toward an Alternative Theory of Urban Primacy. R. Clark, Urban Primacy and Incorporation into the World-Economy: The Case of Australia, 1850-1900. R.J. Nemeth and D.A. Smith, The Political Economy of Contrasting Urban Hierarchies in South Korea and the Philippines. B. London, Thai City--Hinterland Relationships in an International Context: Development as Social Control in Northern Thailand. S. Sassen-Koob, Capital Mobility and Labor Migration: Their Expression in Core Cities. Global Patterns: C.K. Chase-Dunn, The System of World Cities, A.D. 800-1975. G. Firebaugh, Core--Periphery Patterns of Urbanization. K.B. Ward, Women and Urbanization in the World-System. M. Timberlake and J. Lunday, Labor Force Structure in the Zones of the World-Economy, 1950-1970. References. Index.