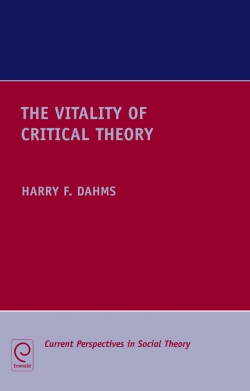 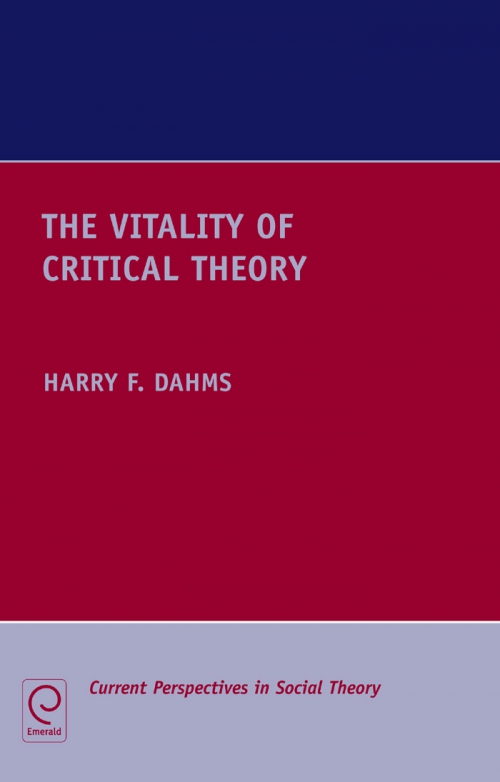 The Vitality of Critical Theory Vol: 28

Description
The common theme of this volume is that the critical theory of the Frankfurt School is as important today, if not more so, as it was at its inception during the 1930s. It looks at the distinguishing features of this tradition and how it is critical, yet also complementary, of other approaches in the social sciences, especially in sociology. The vanishing point of critical theory is not the replacement of diverse endeavors to illuminate the nature of modern society, rather, its purpose is to bundle overly fragmented perspectives that have been developed in theoretical sociology. It includes essays that address: the problematic analysis of political economy at the center of the early Frankfurt School, and the subsequent neglect of political economy; the continuing importance of alienation and reification as focal points of critical theory; differences in modes of critical theorizing during the twentieth century (with special emphases on Lukacs, Adorno, Habermas, and Postone); globalization as an analytical and normative challenge critical theorists are uniquely positioned to confront; and, the most problematic feature mainstream approaches in the social sciences have in common.
Contents
Acknowledgments. Foreword. Introduction. Chapter 1 The Early Frankfurt School Critique of Capitalism: Critical Theory between Pollock's “State Capitalism” and the Critique of Instrumental Reason. Chapter 2 Theory in Weberian Marxism: Patterns of Critical Social Theory in Lukács and Habermas. Chapter 3 Beyond the Carousel of Reification: Critical Social Theory after Lukács, Adorno, and Habermas. Chapter 4 Globalization or Hyper-Alienation? Critiques of Traditional Marxism as Arguments for Basic Income. Chapter 5 Does Alienation. Chapter 6 How Social Science is Impossible without Critical Theory: The Immersion of Mainstream Approaches in Time and Space. References. Index. The Vitality of Critical Theory. Current Perspectives in Social Theory. Current Perspectives in Social Theory. Copyright page.