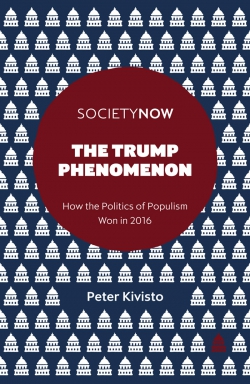 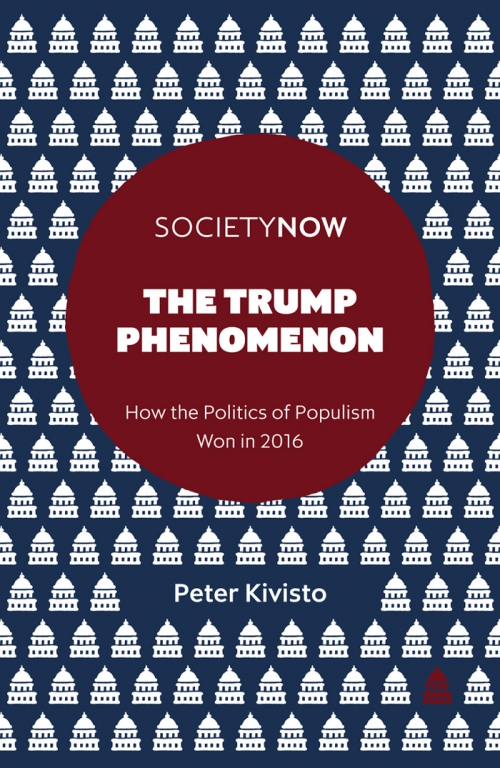 The Trump Phenomenon: How the Politics of Populism Won in 2016

Description
On November 8, 2016, American voters surprised the world by electing a rank outsider with no previous political experience, businessman and celebrity Donald J. Trump, to become the 45th President of the United States after one of the most divisive and contentious campaigns in recent history. In this short book, Peter Kivisto analyses how this happened, focusing on who Trump is and the narratives about him and his candidacy that evolved during the campaign, who his supporters are and what their worldview is, and the role of the media, right-wing Christians, and the Republican Party in making Trump’s victory possible.
The Trump phenomenon must be viewed as a manifestation of right-wing populism, a movement which has serious implications for democratic values and practices, and this book examines how it took hold in America to put one of the most controversial presidents ever elected into the White House.
Contents
Introduction
1, Democratic Culture and Civil Virtue
2, The Trump Voter: Labeling the Baskets
3, Institutional Openings to Authoritarianism
Postscript
About the author
Peter Kivisto is Richard A. Swanson Professor of Social Thought at Augustana College, USA and Co-Director of the Laboratory for Research on Transnationalism and Migration Processes at St Petersburg State University, Russia. The author of over 30 books and 150 articles and book chapters, he currently serves on the Council of the American Sociological Association.
Reviews
"A brilliant piece of work - the best sociological explanation of what Trump represents, why he was elected, and why the Republican Party lost its way" - Jeffrey Alexander, Lillian Chavenson Saden Professor of Sociology, Yale University, USA"A comprehensive survey on the social and institutional dynamics of the populist movement in the United States and the political actors behind it" - European Journal of American Studies“This book provides background information and analysis to discuss and build upon the continued cultural political polarization that challenges democratic institutions today… The author provides a comprehensive survey on the social and institutional dynamics of the populist movement in the United States and the political actors that are behind it. Scholars interested in the origins of right-wing populism and reasons behind the rise of Trump will benefit from reading The Trump Phenomenon.” - Marcus Walsh-Führing, European Journal of American Studies, 2018