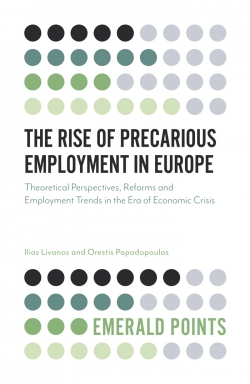 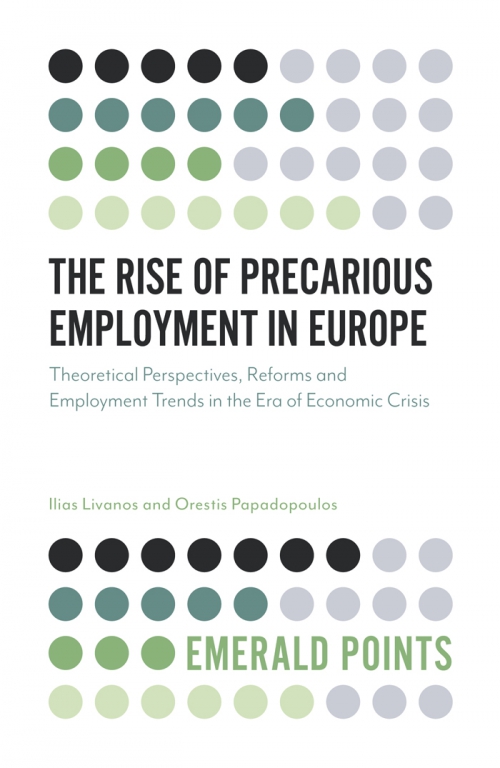 The Rise of Precarious Employment in Europe: Theoretical Perspectives, Reforms and Employment Trends in the Era of Economic Crisis

Description
The deterioration of employment conditions for an increasing number of employees in late capitalism has prompted researchers to find ways to conceptualise, as well as measure, these observed new tendencies. This book examines precarious employment in Europe through the economic crisis, drawing on two main sources: theories of how the financial and debt crisis coupled with labour market reforms to exacerbate precarity in the workforce; and data from the European Labour Force Survey from 2005-12, capturing various aspects of precarious employment. It also includes a detailed discussion of policy developments in a series of EU countries, with the aim of demonstrating how precarity has been directly linked with certain labour market reforms implemented both before and after the crisis.
The authors conclude that the crisis and the labour market reforms represent significant pillars of the strategy used by states and employers to respond to the crisis, as well as promote their competitiveness agenda. The reduction of labour costs and the promotion of higher flexibility are the ultimate goals of that strategy, but the side-effects include an inability to provide high quality jobs to a growing number of people, especially young people. The authors also capture the extent of precarious employment, providing comparable evidence across EU countries.
Contents
Foreword
Introduction
Chapter One: Theory, Concepts and EU Context
Chapter Two: Definitions, Measurements and EU Empirical Analysis
Discussion
About the author
Ilias Livanos is a Labour Market Expert at the Department for Skills and the Labour Market at the European Centre for the Development of Vocational Training, Greece. His expertise covers the wider area of applied economics, in particular labour economics, education economics and industrial relations.
Orestis Papadopoulos is a Lecturer in Human Resource Management and Industrial Relations at Keele University, UK. His research interests include comparative political economy, institutional analysis, trade unions politics, European policies, political ideologies and qualitative research methods.