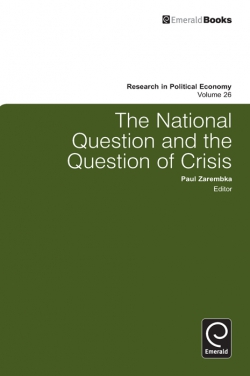 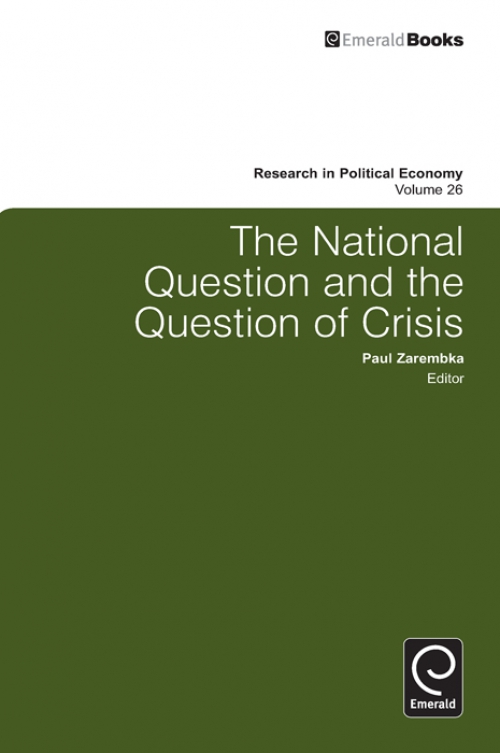 The National Question and the Question of Crisis Vol: 26

Description
This volume focuses on nationality's efficacy in much of world affairs, and on the background and current issues surrounding global crisis. As one of the most famous Marxist revolutionaries, Rosa Luxemburg vigorously promoted her own conceptions, often opposing Lenin, her contemporary. In this volume, Narihiko Ito offers a much needed, extensive analysis of her position. This is followed by a critique of the current Iranian conjuncture, offered by Farhang Morady. The development of crises in capitalism is addressed both directly and indirectly within the volume. The volume continues with Karen Petersen's analysis of the post-WWII developments of major currencies. Restoring the concept of freedom within the current crisis, Alan Freeman argues the need to extricate French positivism from the Marxism that developed after Marx. Radhika Desai highlights renewed consideration of the major role of consumption demand in Marxist theory and considers implications for the current crisis. Paul Zarembka extends, theoretically and empirically, Marx's analysis of long-term capitalist accumulation and shows that merely 10-15 percent of surplus value has been needed for the accumulation occurring over the past 150 years. The final chapter by Jorgen Sandemose presents a careful argument offering notions of the origins of Marx's Capital. His chapter culminates in an engaging volume that addresses The National Question and the Question of Crisis.
Contents
List of Contributors. Is the national question an aporia for humanity? How to read Rosa Luxemburg's “The national question and autonomy”. Iran: Islamic republic or God's kingdom? The election, protest, and prospects for change. Consumption demand in Marx and in the current crisis. Low surplus value historically required for accumulation, seen in a model derived from Marx. World money: From the Eurodollar to the Sinodollar. Crisis and “law of motion” in economics: a critique of positivist Marxism. Fundamentals of a science of capital and bourgeois society: Marxian notions of value, prices, and the structure of time. Research in political economy. Research in political economy. Copyright page.