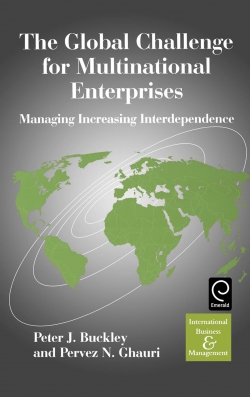 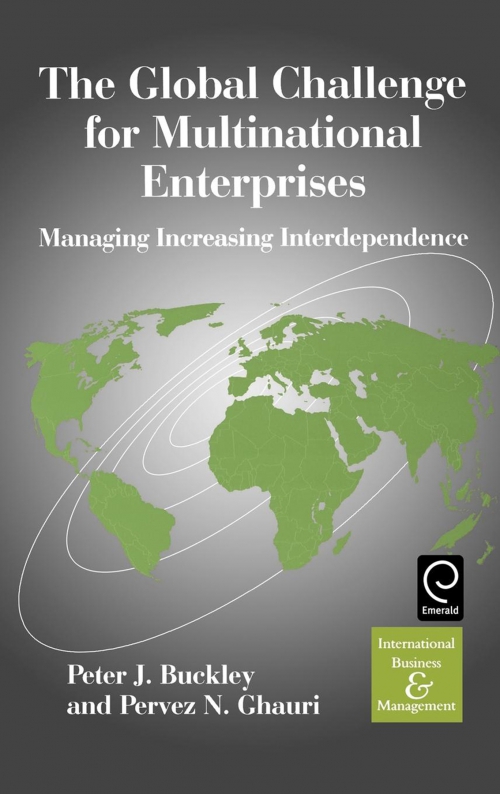 Description
This book examines the relationship between multinational firms and emerging markets, a relationship which has changed profoundly in the period from the 1950's to the late 1990's. Governments and multinational firms have moved from a situation of conflict to one where government policies were seen as a constraint on the activities of MNE's, and finally to an era of cooperation. This relationship has been reflected in (and driven by) academic writing on the subject, of which this book is a selection of the best examples. The readings in part one show how the critical conflictual elements of the relationship were emphasized in the period 1950 to 1975. Latterly, writing has emphasized cooperation, even harmony, and writers have pointed out that free trade based on cooperative advantage can bring benefits for all. The most profound change in the world economy in the early post-war period was the emergence of successive waves of Asian 'newly industrializing countries' (NIC's) as key players, bringing new competition to Western nations and fostering the notion of a 'loss of competitiveness' in the developed countries, as well as changing the nature of FDI in the developing countries. These issues are covered in part two. As outward oriented policies replaced protectionist ones, emerging country multinationals became salient: the analysis of their strategies is the subject of part three. Part four examines how the policies of host governments towards inward investment have been shaped by the increasing interdependence of global economic activity. Asian emerging countries went beyond NIC status to become full global competitors, and the post-communist nations began to enter the world economy as new NICs. The danger facing many economies was that of being left on the fringes as globalisation drew countries together, either through expanded world trade and FDI or through the creation of trading blocs (EU, NAFTA, ASEAN-AFTA). The wholly new issues which have inevitably been thrown up by these changes are examined in the final part of this collection.
Contents
Series Editor's Preface. Introduction and Statement of the Issues (P.J. Buckley, P.N. Ghauri). The Changed Relationship. Foreign investment and the growth of the firm (E.T. Penrose). The multinational corporation and the law of uneven development (S.H. Hymer). Sovereignty at bay: ten years after (R. Vernon). Re-evaluating the benefits of foreign direct investment (J.H. Dunning). Does third world growth hurt first world prosperity (P. Krugman). Northern Multinationals in the South. The role of direct foreign investment in developing east Asian countries (H. Hill, B. Johns). Multinational enterprises in less developed countries: cultural and economic interactions (P.J. Buckley, M. Casson). Vietnam and China: foreign direct investment parallels (N.J. Freeman). The restructuring of the Indian automobile industry: Indian state and Japanese capital (A.P. D'Costa). Southern Multinational Firms and Technology Transfer from The South. Direct investment by firms from less developed countries (D. Lecraw). Exports of technology by India: recent evidence (S.Lall). The Confucius connection: from cultural roots to economic growth (G. Hofstede, M. Bond). The strategy of Pacific Asian multinationals (P.J. Buckley, H. Mirza). Relations between Multinational Enterprises and Host Nation Governments. Going beyond clones in Brazil and Korea: a corporative analysis of NIC strategies in the computer industry (P.B. Evans, P. Bastos Tigre). TNE's in the Third World: stability or discontinuity? (R. Kaplinsky). The growing interdependence between transnational corporations and governments (J.M. Stopford). The globalisation challenge: surviving at the margins (J.H. Mittelman). Managing in Emerging Countries: The Current Picture. Privatization: trends and prospects in less developed countries (P. Cook, C. Kirkpatrick). Management in China (J. Child).