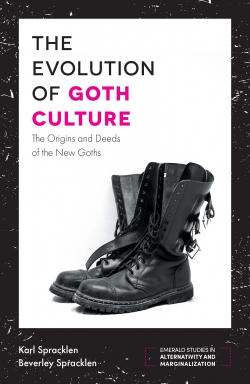 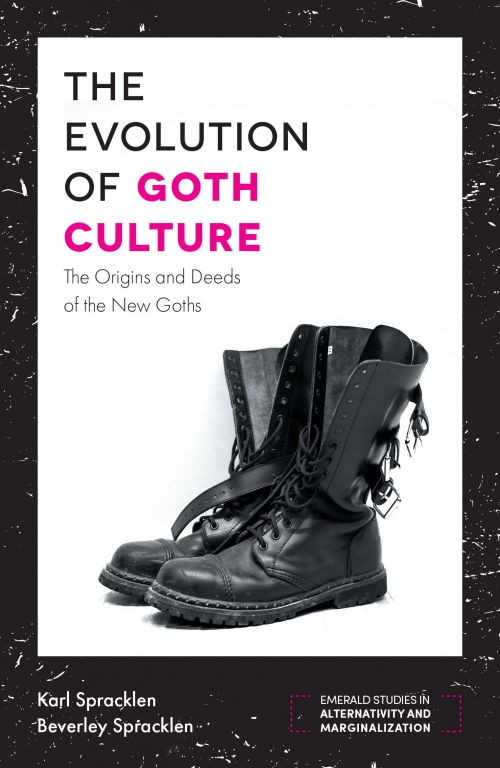 The Evolution of Goth Culture: The Origins and Deeds of the New Goths

Description
The origins and deeds of the old Goths were constructed by Roman historians in fear of the Goth as a barbarian outsider; at the same time, the Goths were themselves the heroic subject of their own histories, constructed by their supporters as stories of their mythical origin and the deeds that led them to be rulers of their own kingdoms in post-Roman Late Antiquity. Who the old Goths were, their origins and their deeds, was a product of history, historiography and myth-making.
In this book, Spracklen and Spracklen use the idea of collective memory to explore the controversies and boundary-making surrounding the genesis and progression of the modern gothic alternative culture. Spracklen and Spracklen argue that goth as sub-culture in the eighties was initially counter cultural, political and driven by a musical identity that emerged from punk. However, as goth music globalised and became another form of pop and rock music, goth in the nineties retreated into an alternative sub-culture based primarily on style and a sense of transgression and profanity. By this century goth became the focus of teenage rebellions, moral panics and growing commodification of counter-cultural resistance, so that by the goth has effectively become another fashion choice in the late-modern hyper-real shopping malls, devoid generally of resistance and politics.
Goth, like punk, is in danger of being co-opted altogether by capitalism. This book suggests that the only way for goth culture to survive is if it becomes transgressive and radical again.
Contents
1. An Introduction
2. Academics and Popular Writers on Goths
3. Constructing a New Theory of Alternativity
4. The Origin of the Goths
5. The Early Deeds of the Goths
6. The Sisters of Mercy: A Case Study
7. The Goths and the Globalisation of Popular Culture
8. Goths as Harbingers of Doom, and Moral Panics about Them
9. Goth as Virtual Identity and Virtual Culture On-line
10. Whitby Goth Weekend: A Case Study
11. Goth as Fashion Choice
12. The End of Goth?
13. Conclusion
About the author
Karl Spracklen is Professor of Music, Leisure and Culture at Leeds Beckett University, UK. He is the editor of the journal Metal Music Studies, as well as International Journal of the Sociology of Leisure. He is interested in leisure and identity, and has published over a hundred papers, books, textbooks and book chapters in that broad area. His most recent work has been focused on music, alternativity, hegemony and transgression.
Beverley Spracklen is an independent scholar with an interest in goths and gothic sub-culture. She has researched and co-authored three publications with Karl Spracklen on goths and other alternative subcultures. Until recently she was a professional gothic bellydance teacher and performer, regularly appearing on the stage at Gothla.