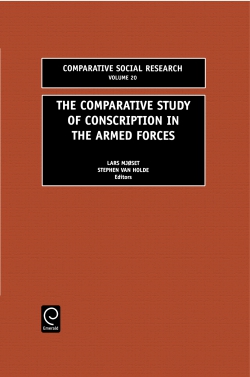 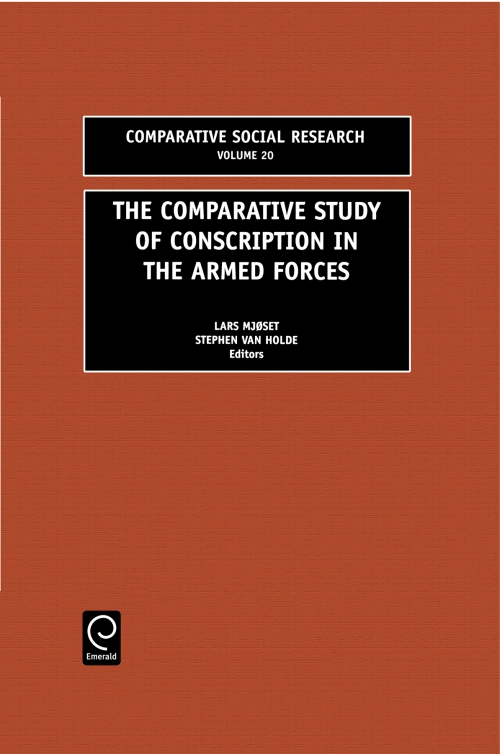 The Comparative Study of Conscription in the Armed Forces Vol: 20

Description
This volume contributes to the comparative study of military conscription. Issues discussed include: a conceptual clarification of conscription as distinguished from volunteerism and militia service; the emergence of the citizen soldier model; patterns of anti-militarism before World War I; conscription in third world armies; gender-issues in relation to military service; the present phenomenon of child soldiers in Africa; the decline of conscript armies in Western Europe. A review section discusses the contribution of rational choice theory to the analysis of conscription into military forces.
Contents
Historical Perspectives: Killing for the state, dying for the nation - an introductory essay on the life cycle of conscription into Europe's armed forces, L. Mjoset, S. Van Holde; Conscription as ideology - revolutionary France and the nation in arms, A. Forrest; Citizen-soldiers, national service and the mass army - the birth of conscription in revolutionary Europe and North America, M. Kestnbaum; Globalization, conscription, and anti-militarism in pre-WWI Europe, D.M. Rowe; Who's using who? - A comparison of military conscription in Guatemala and Senegal in the first half of the 20th century, D. Carey Jr; Of war and virtue - gender, citizenship and veterans' benefits after WWII, G. Ritter. Contemporary Perspectives: Traditional gendered identities - national service and the all volunteer force, P.R. Higate; Recruitment of children as soldiers in sub-Saharan Africa - an ecological analysis, M. Wessells; Militia conscription in Sierra Leone - Recruitment of young fighters in an African war, P. Richards; Conscription and its alternatives, B. Moeller; The European farewell to conscription?, R. Ajangiz. (Part contents).