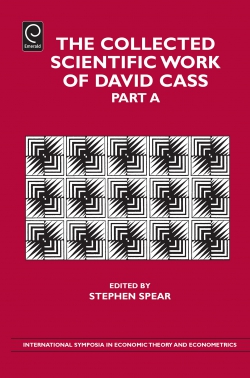 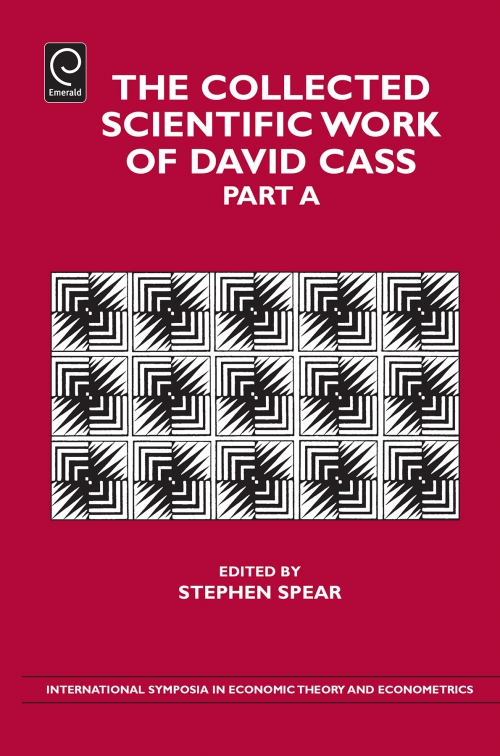 The Collected Scientific Work of David Cass Vol: 21, Part A

Description
The three volumes of the "Collected Scientific Works of David Cass" are ordered chronologically, which happens to coincide with the development of the three major advances in Cass' research agenda, the development of the neoclassical growth model, the discovery of sunspot equilibria, and the analysis of models of market incompleteness. This volume consists of Cass' early work from his time in graduate school at Stanford University, studying under Hirofumi Uzawa, and as an assistant professor at Yale's Cowles Commission, and his tenure at Carnegie Mellon University's Graduate School of Industrial Administration. The work in this volume focuses primarily on Cass' contributions to what is now known as the Ramsey-Cass-Kooopmans neoclassical growth model, and the development of what is now known as the Cass criterion for determining whether intertemporal allocations are efficient. This period also includes Cass' early work on overlapping generation's models, asset pricing models, and methodological contributions in dynamic systems applications in economics.