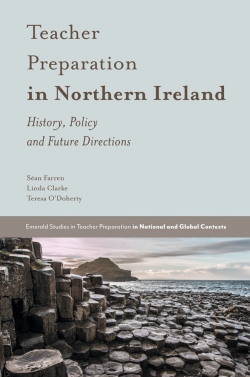 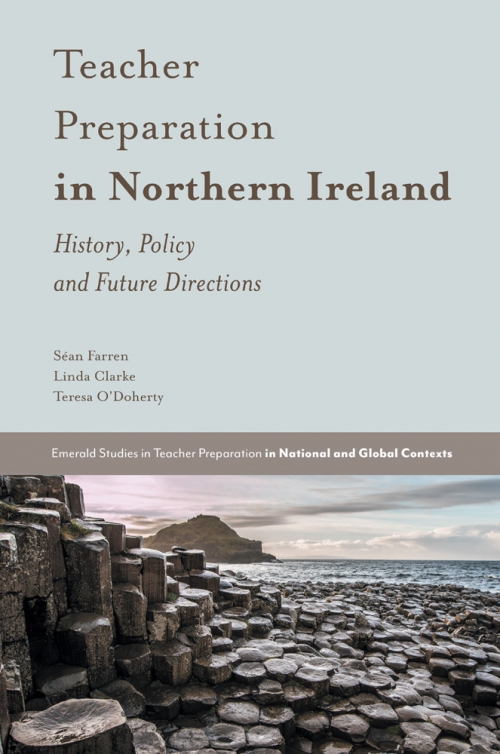 Description
The formation of Northern Ireland marked a sharp divergence in policy that had developed throughout the whole of Ireland in the preceding century. Local communal interests helped to drive and shape a unique model of teacher preparation. Teacher Preparation in Northern Ireland examines teacher education across the first century of Northern Ireland’s existence and contextualises this within an account of teacher preparation in pre-partition Ireland. This timely book also looks at the more recent history of the region, with a focus on how infrastructural arrangements have continued to reflect wider divisions in Northern Irish society, whilst also considering how these divisions have been counterbalanced by efforts to bridge the rifts through greater cooperation around both policy and practice. By looking at contemporary developments within the wider historical context, this book will not only be an invaluable text for educationalists, historians and policy makers in Northern Ireland, but also to counterparts internationally and comparative educationalists.
Contents
Chapter 1. Establishing an Education System 1800-1850
Chapter 2. Development Amid Controversy
Chapter 3. New Beginnings: 1922-1933
Chapter 4. Consolidation and Further Development: 1933-1970
Chapter 5. Contraction and Controversy: 1970-1984
Chapter 6. Contraction and Controversy: 1970-1984
Chapter 7. Teacher preparation in the early years of the twenty-first century: 2000-2018
Chapter 8. Future Issues
About the author
Séan Farren is currently a Visiting Professor at the School of Education, Ulster University. Northern Ireland. He was previously a Senior Lecture in the School where he was member for twenty-eight years. Prior to that he taught at second level in Sierra Leone, Switzerland and in the Republic of Ireland. He has also served as a member of Northern Ireland’s Legislative Assembly and was Minister of Employment and Learning in its Executive 1999-2002. He has written extensively on the history of education in Ireland and is author of The Politics of Irish Education.
Linda Clarke served as Head of the School of Education at Ulster University from 2009 to 2013 and is currently the Research Director for Education. Linda was the Northern Chair of SCoTENS between 2013 and 2016. She is currently Chair of UCETNI and is a member of the REF 2021 Sub-Panel for Education.
Teresa O'Doherty is President of Marino Institute of Education, Republic of Ireland. She qualified as a teacher in 1984 and taught at primary level until 1997, when she was appointed Lecturer in Education at the University of Limerick where she also served as Assistant Dean. In 2003 she was appointed as Head of Education and later Dean of Education at Mary Immaculate College, Limerick.