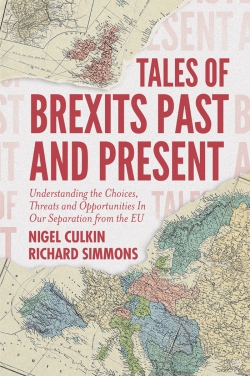 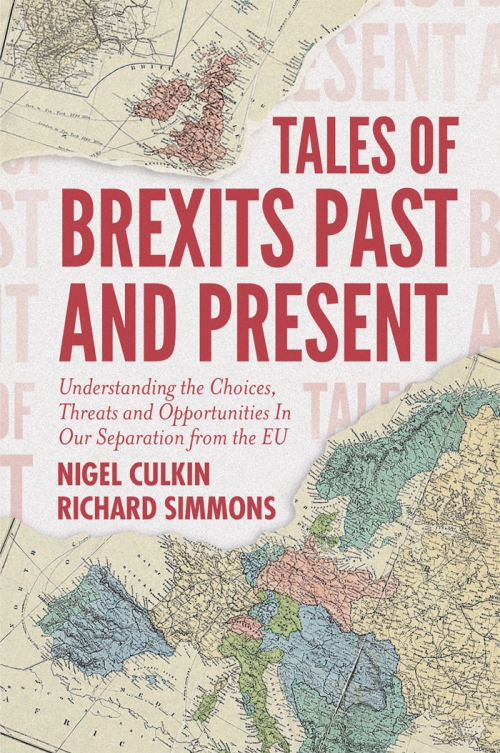 Tales of Brexits Past and Present: Understanding the Choices, Threats and Opportunities In Our Separation from the EU

Description
Tales of Brexits Past and Present: Understanding the Choices, Threats and Opportunities In Our Separation from the EU provides a compelling insight into the Brexit process in a uniquely historical context. Looking at previous 'Brexits' under the lens of international risk, the book tackles five specific themes relating to the Brexit result - competition in the global innovation economy, the generational split, the 'left behind' aspirational working and middle classes, the impact on international relations, and popularism in the internet age.
By looking to the past, this book will offer insights into what we might expect in the future, providing an engaging narrative that will open the minds of readers to the options, risks and opportunities that could be unmasked in the Brexit process.
Contents
Introduction
Chapter 1. Motivation, Myth and Reality
Chapter 2. The Current State of Play
Chapter 3. MK I Brexit AD410 (Coins, Towns, Supply Chains and All That)
Chapter 4. The Road From Rome in the 1530's
Chapter 5. Elizabeth I - The Prgamatic Problem Solver
Chapter 6. The Global Innovation Economy
Chapter 7. The Generational Divide
Chapter 8. The Left Behind
Chapter 9. International Dimensions
Chapter 10. Popularism and the Internet
Chapter 11. Which Brexit This Time?
About the author
Nigel Culkin is Professor of Enterprise and Entrepreneurial Development at the University of Hertfordshire. He has published widely in the areas of small business leadership, entrepreneurial universities, graduate entrepreneurship and the creative industries, as well as completing projects for UK and overseas government agencies, large multinational organisations and Research Councils. In 2014, he was elected to the post of President at the Institute for Small Business and Entrepreneurship (ISBE); and, in 2015, was invited to join the prestigious Peer Review College at the Economic and Social Research Council (ESRC). Nigel is a regular attendee at the UNCTAD Expert Meeting on entrepreneurship and building productive capacities, held in Geneva.
Richard Simmons is an economist with enduring expertise in SMEs as innovation engines. Richard has a strong belief in market solutions, with interests in growth processes, ethical financing and dynamic (including monetary) equilibrium in an entrepreneurially driven and financially sophisticated world. Formerly holding senior regional and global management roles in various leading-edge high technology and medical device firms, Richard has lived and worked globally. He now advises a senior global investor based in Riyadh.
Reviews
‘Culkin and Simmons new book offers an insightful, timely and fresh perspective on Brexit. Tales of Brexits Past and Present provides a novel historical perspective of prior Brexit-type situations interwoven with evaluations of future impact. Since the EU referendum in June 2016, attention has been invariably focused on the rationale behind Britain’s decision to leave; however, as we approach the start of the transition period, the real question for the UK’s economy is what will Brexit mean in terms of entrepreneurial innovation and growth? The authors present a series of questions and pointers towards potential solutions based around 14 propositions in order to understand the many challenges and opportunities that Brexit offers for entrepreneurs, innovators and policy makers. This book offers a meaningful and valuable contribution to the debate that I would highly recommend.’ - Dr Paul Jones, Editor in Chief, International Journal of Entrepreneurial Behaviour and Research and Professor of Entrepreneurship and Innovation, Swansea University, Wales‘There is a sense that Brexit is territory uncharted, that what we are experiencing is entirely unprecedented. This book explains that, really, there have been similarly disruptive experiences in Britain, and in England in particular. The book is part history lesson, part stakeholder manual and in part a stepping stone to help wider public debate. It advocates socially responsible policy to enable people to aspire, a focus on supply and markets, and in a departure from most economic and political narratives, it uses the experiences of the past as underpinners for a rational approach to how opportunity might be engendered in the future. In doing that, in the current context of panic-laden Brexit noise, it delivers informed commentary and sensible suggestion.’ - Dr Laura Galloway, Professor of Business & Enterprise, Edinburgh Business School, Scotland‘It is said that, History repeats itself, first as tragedy, second as farce. But what if Brexit is already the fourth time the same drama unfolds? In their socio-economic tour through English history, Culkin and Simmons provide three illuminating case studies of how the English have tried to break away from the continent before. A highly enjoyable and informative read that will provide new arguments for both ‘Remainers’ and ‘Brexiteers’, as well as much needed insight for European scholars trying to make sense of British sensibilities.’ - Dr Norbert Morawetz, Associate Professor in Entrepreneurship, Henley Business School, England'The one certainty, at this stage of developments is uncertainty, no one really knows how BREXIT will all pan out. We can speculate, that’s all. As ever the matters in Ireland, in particular the border in Ireland is proving an obstacle and possibly a brake on a smooth exit for the UK. Will there be a hard border? And so, what if there is or even where will it be? In a recent survey undertaken by the Ulster University Business School most business entrepreneurs in Northern Ireland who responded felt they could deal with the uncertainty that BREXIT would throw up at them. NI’s business owners have demonstrated themselves to be entrepreneurial in the past, they are the sort of people who know a thing or two about how to deal with uncertainty and change. Culkin and Simmons present us with a radical new perspective on the issues, providing us with a different lens through which to view the possibilities and challenges facing modern-day UK. Historically Britain has been here before and survived. The authors contribute to the ongoing debate thrown up by BREXIT as to its benefits and threats. It is likely to be one that will go on for some time yet, engaging opinion in Ireland and across the European Union, never mind the UK. This text is a timely addition to that debate.’ - Dr Pauric McGowan, Professor of Entrepreneurship & Business Development, Ulster University Business School, Northern Ireland