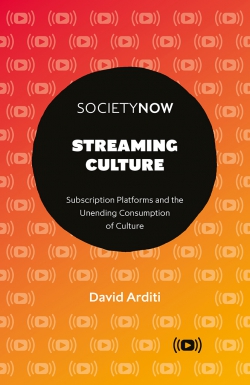 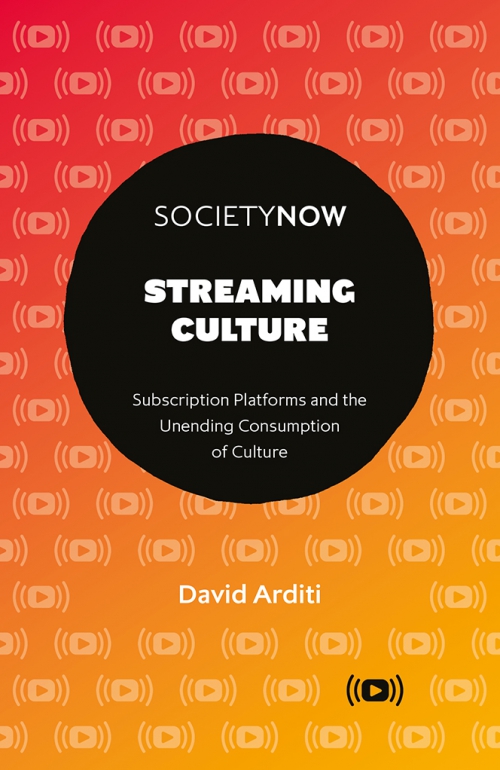 Streaming Culture: Subscription Platforms And The Unending Consumption Of Culture

Description
The explosion of services such as Netflix, Spotify, Disney+, Apple Music, Amazon Prime and YouTube, which allow us to access content at the click of a button, has turned the norms surrounding cultural consumption upside down. How has this shift to an apparently unending supply of content affected the way we consume our favourite binge-worthy show, blockbuster movie or hot new album release?
Positioning streaming alongside a major shift to contemporary capitalism, David Arditi demonstrates that streaming platforms have created an economy where consumers pay more for the same amount of consumptive time. Encouraging us to look beyond the seemingly limitless supply of multimedia content, Arditi calls attention to the underlying dynamics of instant viewing – in which our access to content depends on any given service’s willingness, and ability, to license it.
Contents
Chapter 1. Introduction: Caught in the Stream
Chapter 2. Digital Retail: Disruption, Distribution, and Disintermediation
Chapter 3. Streaming Music: Unending Consumption Begins
Chapter 4. Streaming Film: Simultaneous Release, Circumventing Censorship, and Indies
Chapter 5. Streaming TV: The Golden Age of TV and Flow Interrupted
Chapter 6. Streaming Video Games: Never Own a Game Again
Chapter 7. New Cultural Forms: Dominant, Residual, and Emergent
Chapter 8. Conclusion
About the author
David Arditi is Associate Professor of Sociology and Director of the Center for Theory at the University of Texas at Arlington, USA.
Reviews
'From music to TV to video games, streaming has altered the way that we consume and experience popular culture and goods. In this engaging, highly readable account, David Arditi explains how streaming came to disrupt so many industries and ways of life, exploring its capitalist roots, tendencies, and impacts. Loaded with examples that will speak to every audience,  Arditi has produced a text that is astonishing in its depth and breadth and is essential for understanding a modern digital society.' - Mary Chayko, Interdisciplinary Professor, School of Communication and Information, Rutgers University'David Arditi’s new book offers a compelling, accessible take on the rise of streaming culture. Spanning multiple media, including movies, TV, music, and games, Arditi shows how streaming carries us, willingly or not, into a world of unending consumption, in which media users themselves become the product.' - Chuck Tryon, Professor of English, Fayetteville State University.'Streaming services led by Netflix, Disney+, Spotify, Amazon Prime, Apple Music and YouTube now dominate the audiovisual world. How did we get here and why does it matter? Combining a rich understanding of political economy and the cultural theory of Raymond Williams, Arditi provides a much-needed critical guide to this not-so-brave new world and its wider significance for understanding the shifting dynamics of global capitalism.' - Vincent Mosco, Author of The Smart City in a Digital World'With Streaming Culture, David Arditi provides an engaging blueprint for understanding the expansive impact of streaming services. Theoretically rich, historically grounded, and full of examples from a range of media forms, Arditi offers fresh insights into how streaming platforms are reshaping media culture.' - Alisa Perren, Associate Professor, Department of Radio-Television-Film, University of Texas at Austin