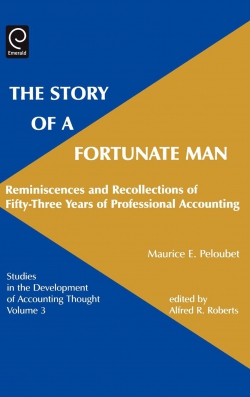 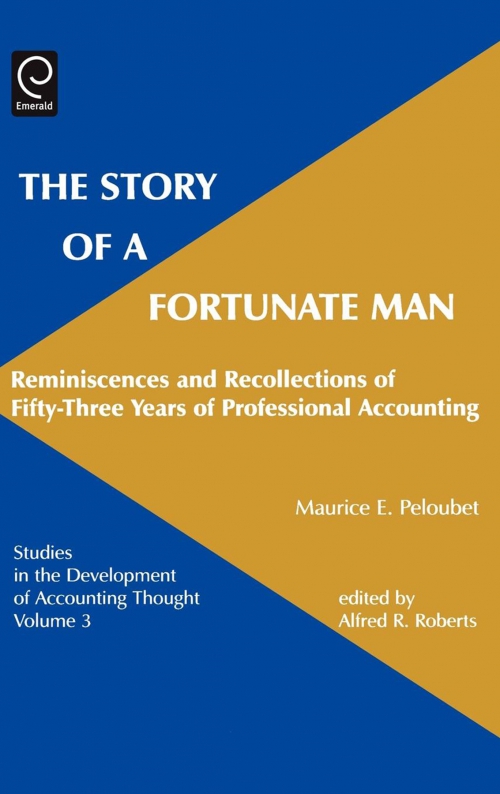 Story of a Fortunate Man: Reminiscences and Recollections of Fifty-Three Years of Professional Accounting Vol: 3

Description
Maurice Peloubet's autobiography lends an insight into the thinking of an influential practitioner of the early 20th Century American CPA Profession. Peloubet was Vice President and Treasurer of the American Institute of Accountants [now the AICPA], as well as a National Director of the National Association of Cost Accountants, now the Institute of Management Accountants. He was a driving force in the firm Pogson, Peloubet & Co, whose prestigious New York Stock Exchange mining company clients included Anaconda, Phelps Dodge, Newmont and others. In 1963, his firm was merged into Price Waterhouse & Co., now PriceWaterhouseCoopers. In 1975, Professor Alfred R. Roberts, of Georgia State University discovered the unpublished memoirs of Maurice Peloubet [d. 1976]. Professor Roberts and his colleagues have completed the process of preparing the manuscript for publication. Skillfully edited, this volume details the key role which Peloubet played in many events affecting modern day professionals, including the federal legislation involving inventory techniques. A prolific writer, thoughtful professional, and, on occasion poet, the volume identifies the many works authored by Peloubet during his lengthy and important career.