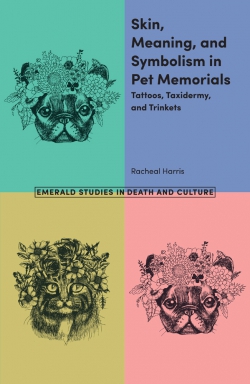 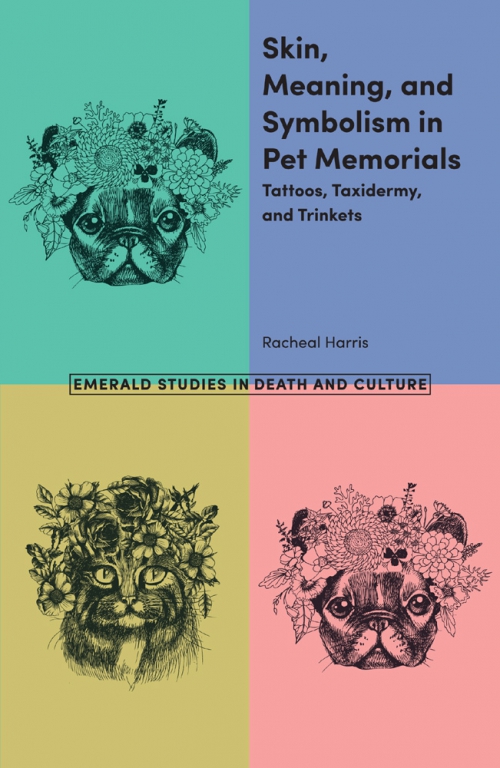 Description
In response to increased academic interest in the fields of death studies, memorial studies, and human and animal studies, Skin, Meaning and Symbolism in Pet Memorials examines the mourning rituals which exist between people and their domestic pets.
Paying close attention to the changing role and increased prominence of the companion animal in the domestic setting, each chapter considers a different form of companion animal memorialization, linking modern practices such as tattooing to historical examples of animal focused memento mori, particularly taxidermy. The final chapter adopts a forward focus in its provision of a framework for future studies related to how death and memorialization rituals are increasingly coming to occupy the digital space. While skin and touch are the focal points of many encounters explored in the text, what becomes evident is how the virtual realm is increasingly intruding into the touch experience. As a result, the posthumous, online afterlives of pets are set to become a social issue of increasing significance to the death and mourning experience.
This work meets the needs of academics, post-graduate students and general readers alike, appealing to anyone with an interest in death studies, popular culture, tattooing and human and animal studies.
Contents
Introduction
Chapter One Humans and Animals: Living and Loving since the birth of the Pet Keeping Era
Chapter Two Tattooing: As Artwork, Language and Narrative
Chapter Three Memorializing Animals: Meaning and Mourning
Chapter Four Taxidermy: Echoes and Imitations of Life
Chapter Five A Union of Forms: Taxidermy and Tattooing
Chapter Six In the Skin: Memorial Tattoos Chapter Seven Animals Online: A New Frontier in Animal Studies?
Conclusion
About the author
Racheal Harris is an author and researcher working within the areas of religion, death, popular culture and science fiction. She has contributed to a number of edited collections on topics including: Pirates in Romance Fiction; religion in James Cameron’s Terminator franchise; and, depictions of death and folklore in The CW series, Supernatural.