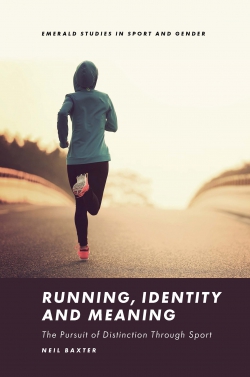 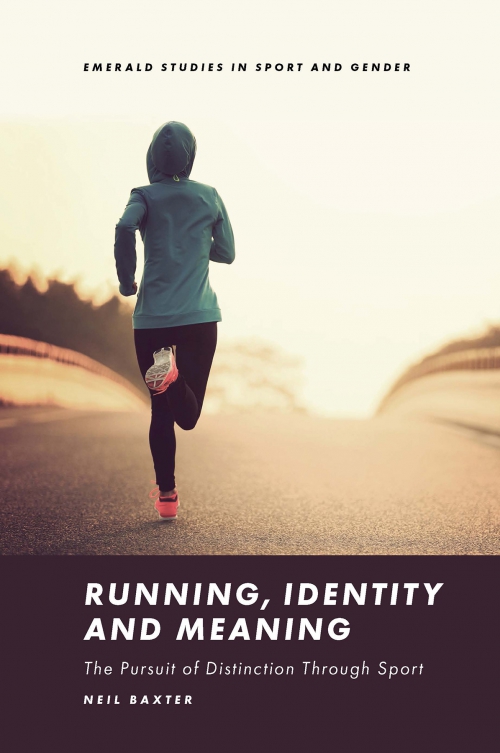 Running, Identity and Meaning: The Pursuit of Distinction Through Sport

Description
Over the last forty years, running has grown from a niche sport for a handful of committed club athletes into one of the Western world’s most popular pastimes. In Running, Identity and Meaning, Neil Baxter asks: What kinds of people have been drawn to running in such numbers? What do they seek from the sport? And what does running’s popularity tell us about ourselves and the society we live in today?
Delving into the great paradox of running: that despite its low cost of entry and inclusive ethos, the sport remains riven by inequalities, Baxter showcases how gender, class, age and ethnicity influence whether and how different groups participate in the sport, and explores its role in the reproduction of social structure and the search for distinction. By considering running simultaneously as a technique of self-cultivation, a social field in which forms of capital and status are at stake, and an important source of meaning and identity for millions of people across the world, this book equips readers to understand the many diverse links between the sport, society, and individual identities.
Contents
Chapter 1. Introduction: Why running matters
Chapter 2. Researching running: Embodiment, lifestyle and identity
Chapter 3. The evolution of a field: A brief history of running as sport in Britain
Chapter 4. Running the numbers: Quantitative insights and a map of the field
Chapter 5. Disciplining body and mind: Running as a technique of the self
Chapter 6. The price and the meaning of success: Training, competition and performance
Chapter 7. Running places: How the sites of running matter
Chapter 8. Conclusions: Running, society and identity
About the author
Neil Baxter is an independent sociologist and writer who completed his PhD at the University of Warwick. His research centres on lifestyle, identity and the relationship between mind and society, and includes a five-year research project exploring the social meaning of recreational running.
Reviews
‘This book is both highly sociological in its insights, and also written in a clear, articulate and ultimately very readable way, providing food for thought for academic and running audiences alike.’ - Richard Lampard, Associate Professor of Sociology, University of WarwickWriting as both a runner and a scholar of running, Baxter brings a unique perspective to this engaging and insightful study of running as a classed and gendered social practice, drawing out the diverse investments and identity-producing possibilities across different categories of running. This enables him to explore running’s embeddedness in, and reproduction of, middle-classness, exposing the complexity of the superficially simple and coherent leisure practice of putting one foot in front of the other. The book offers a clearly and engagingly articulated account that brings empirical data into dialogue with social theory in ways that will be of interest to those working in the fields of gender, class, sport and leisure studies, health, embodiment and social theory. And it is a must-read for anyone who has ever pulled on a pair of running shoes and hit the pavement, track or fell. - Dr Karen Throsby - School of Sociology and Social Policy, University of LeedsNeil Baxter’s illuminating book relates running in its different forms to contemporary self-identities, stressing the importance of hierarchies of class and gender, and highlighting what running can tell us about runners’ values and individualized subjectivities, in a way that goes well beyond viewing running simply as a sport or leisure activity. Utilizing but transcending his position as an insider within the field, his book is both highly sociological in its insights, and also written in a clear, articulate and ultimately very readable way, providing food for thought for academic and running audiences alike. - Richard Lampard - Associate Professor of Sociology, University of WarwickThis is a theoretically sophisticated and beautifully written analysis of the field of running which, as its title suggests, takes a Bourdieuian approach to understanding the way running is implicated in the reproduction of social identities and meanings. It tackles head on the idea that sport is somehow unworthy of serious sociological attention, showing what can be learned about contemporary social life by exploring different forms of running and how they are crucially shaped by gender, race and class. The author, who, as a runner as well as a sociologist is uniquely well-qualified to write about the field, argues that running, like most sport, is a gendered field, privileging specific (usually white and middle-class) masculinities, and that this has implications for other social groups in terms of participation. He shows that some forms of running are more open than others to those who are not privileged within the field but that they hold lower status in the hierarchy of running. This book is a joy to read. It holds intrinsic interest not only for sociologists of sport but also for those concerned with the way inequalities are reproduced and how Bourdieu’s ‘thinking tools’ can be used to understand the way running in particular, and sport more generally, shine a light on how social processes operate at the micro level to reproduce patterns of social distinction. - Nickie Charles - Professor and Director of the Centre for the Study of Women and Gender, University of Warwick, UK